Finally I found the time to go for a short skiing trip. Since I only had a few hours and wanted to ski up to the fells, I decided to take the Sammalvaara skiing trail, north-west of the Ounastunturi mountains.

Because I have been very busy, I hardly found the time to go skiing during the past months. However, since I finally had a bit more time available, I wanted to ski up to the Ounastunturi mountains. When leaving Hetta toward the South, there is a nice skiing trail on the other side of lake Ounasjärvi. It is classified as a wilderness skiing trail, meaning that it is not as often maintained as other trails, however, when I went for the trip I found skiing tracks in pretty good conditions. Lately it has been quite warm, but on Monday, when I decided to go skiing, the temperatures were great: a few degrees Celsius below freezing, so the snow was in good shape as well.

When crossing the lake from the tracks from Hetta West, shortly after reaching the southern shore, the Sammalvaara skiing trail parts from the main track toward the Pyhäkero open wilderness hut. The trail leads over the frozen Rautujärvi from where one has a beautiful view toward the Ounastunturi mountains, and where one can enjoy the view from a lean-to shelter. However, since I have been late and was afraid to be skiing in the shadow only, I did not stop there but instead continued southward. A few kilometers after Rautujärvi is also another lean-to shelter, the Postitupajärvi laavu. When I arrived there, there was no sun left as well, so I continued to ski up toward the Pyhäkero fell in the Ounastunturi mountains. In my opinion, especially the part between the latter lean-to shelter and reaching the highest point on this trip is a very beautiful trail. While slowly skiing up the mountains, one always finds the mountain range in front of oneself, providing with a wonderful view. Unfortunately, I was skiing a bit behind the sun: I often saw the sun line just a few hundred meters in front of me, but I never managed to pass this line, and so I remained in the shadow of the Sammalvaara mountain. On the other hand, the atmosphere during the sun set was astonishing, as the warm red and violet kind of light contrasted the lower getting temperatures and stronger winds that came along with the increasing altitude. Nonetheless, even after reaching the highest elevated point during this trip, I only could get some glimpse of sun and mainly remained in the shade. After I reached the highest point, the sun has already set. Because of the decreasing temperatures the snow was quite fast and I quickly skied down to the Pyhäkero open wilderness hut, from where I returned back to Hetta. Even though I came back home only after 10 pm, it was still twilight, since it actually isn’t even getting really dark anymore.

All in all I was really happy that I finally could go on a short skiing trip. The Sammalvaara skiing trail is a really wonderful trail, where usually not many people are to be met. The round trip as described is around 35 kilometres and thus a nice opportunity for a late afternoon skiing round. Because of the view, I prefer to take the trail via Rautujärvi and Postitupajärvi, to have the amazing view toward the fells. However, in the late afternoon this unfortunately means to ski in the shade, because of the mountain range in the West of this trail. 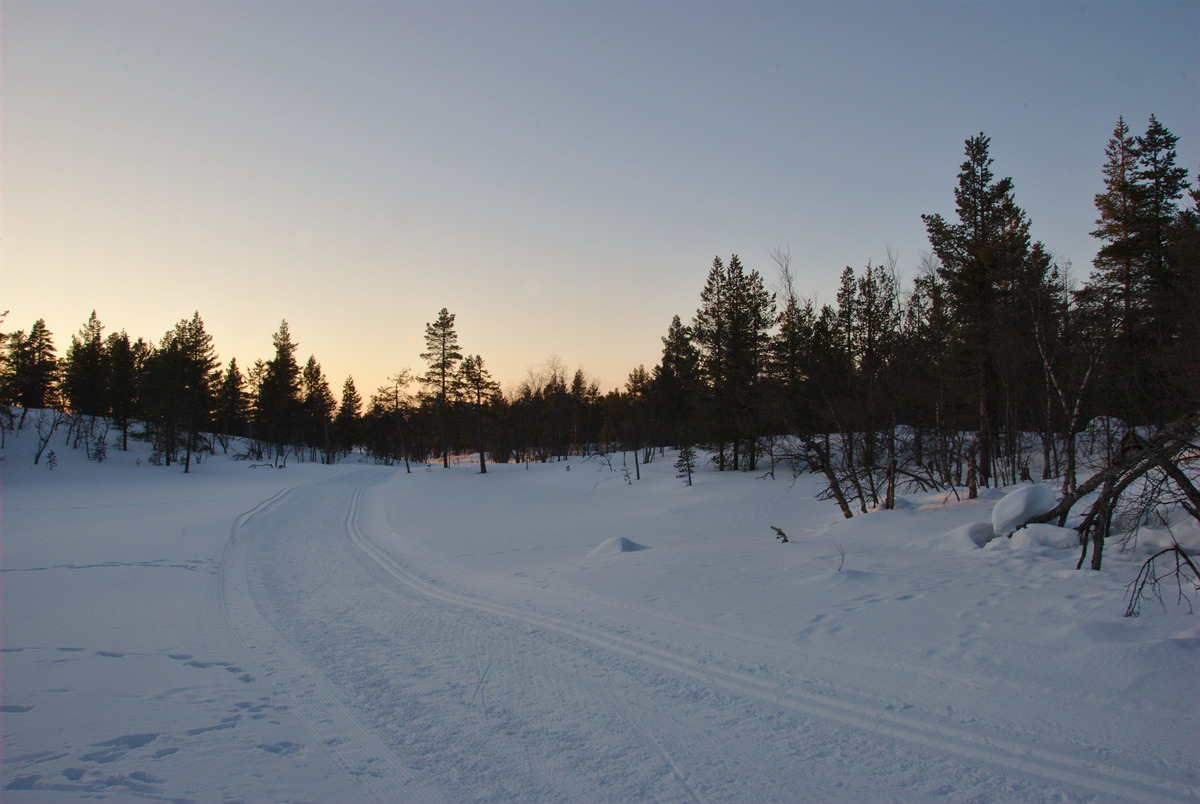 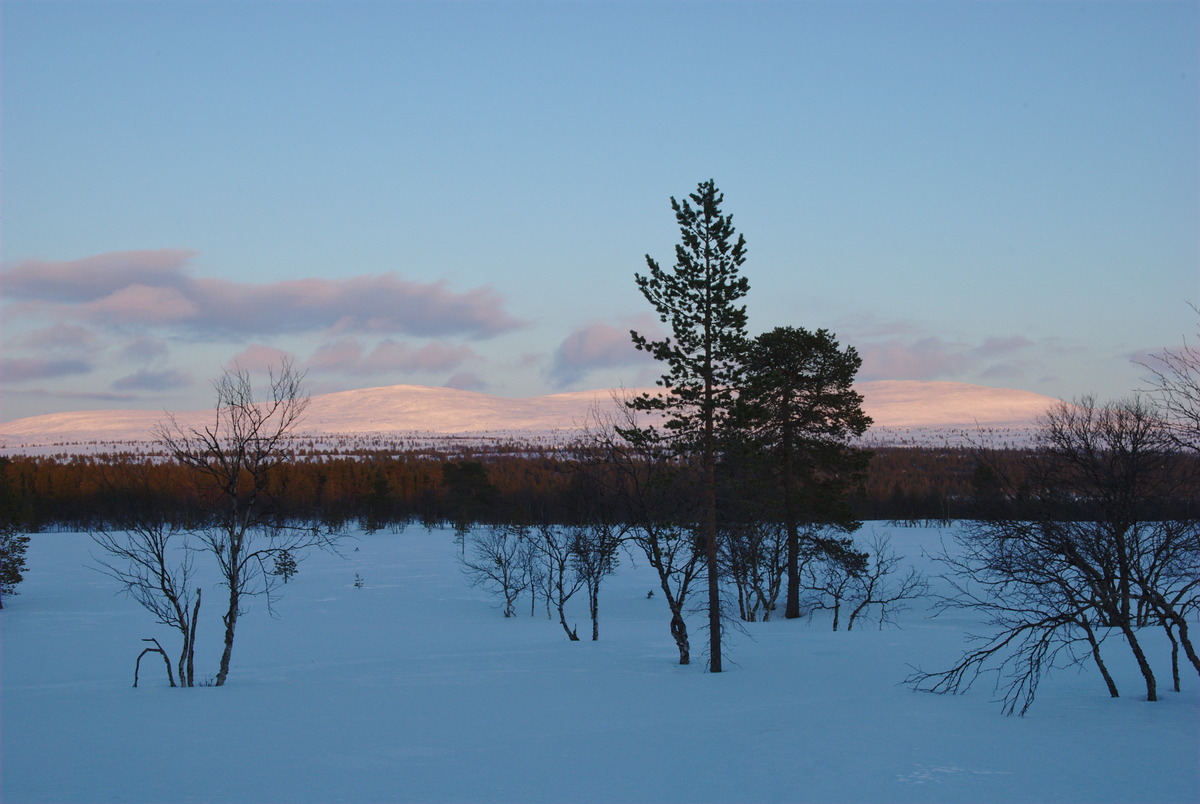 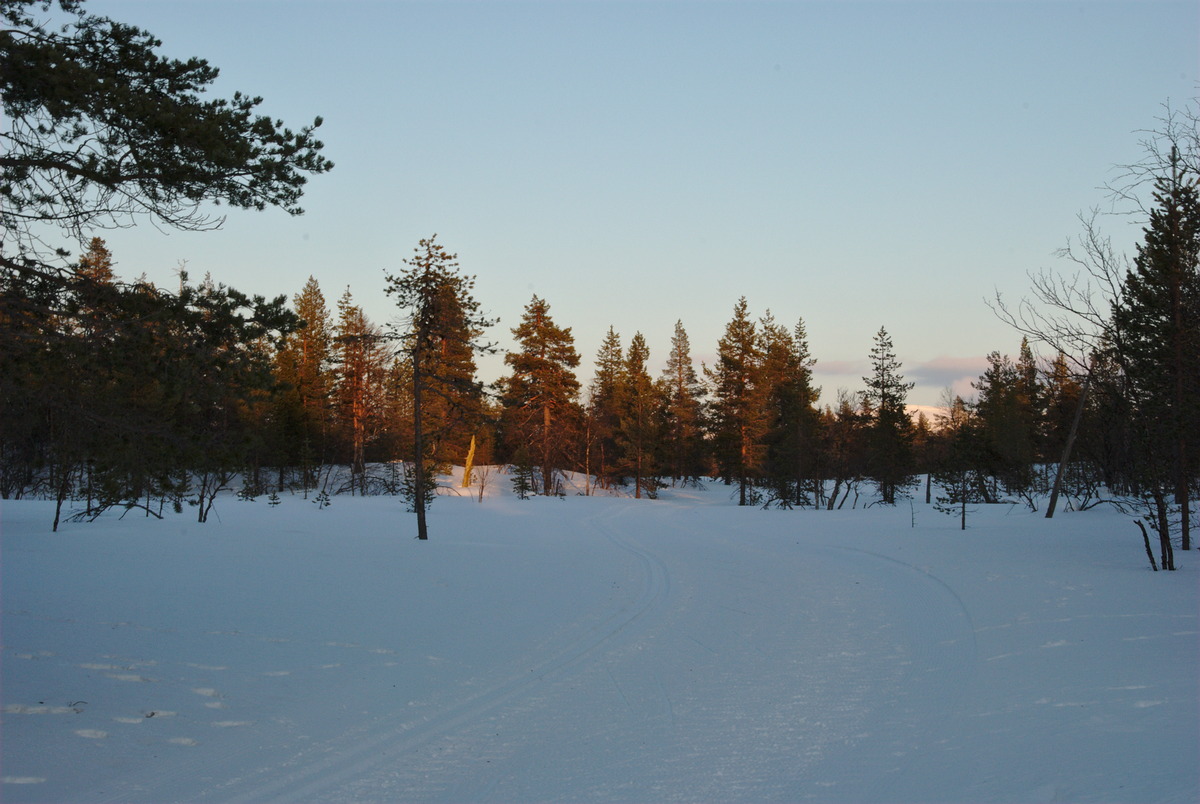 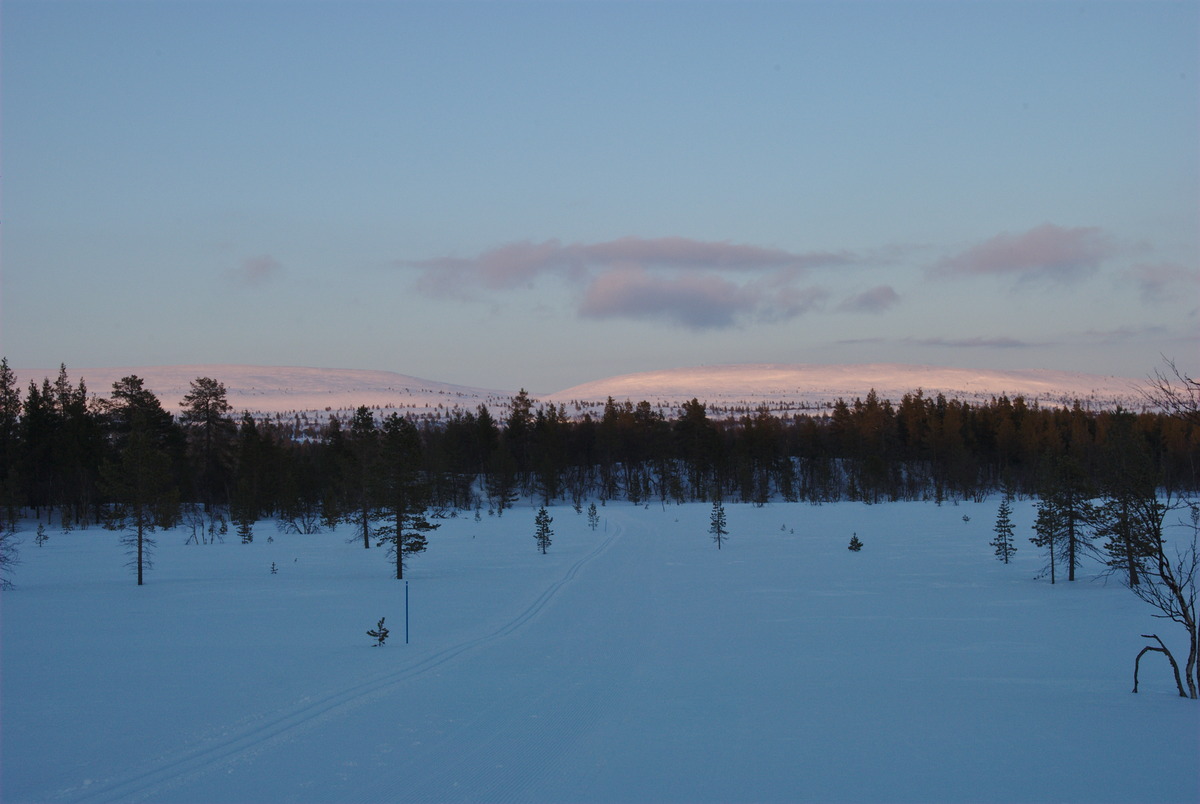 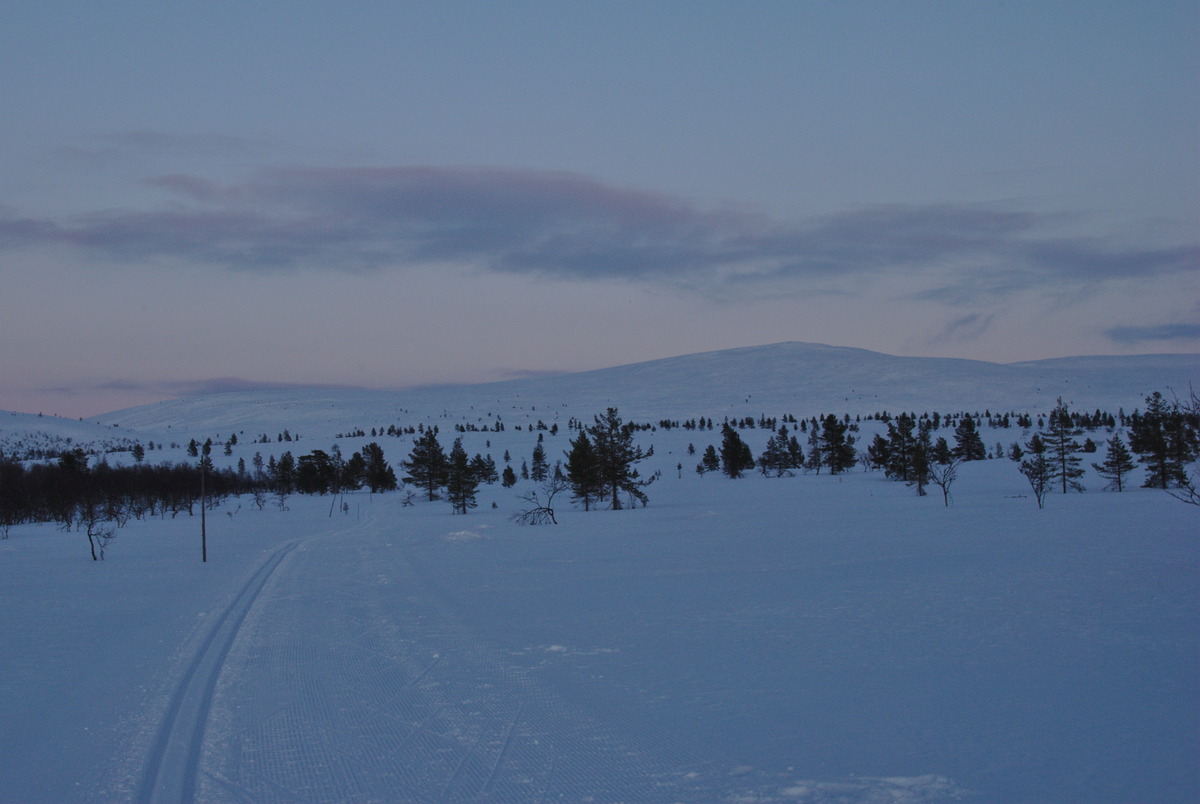 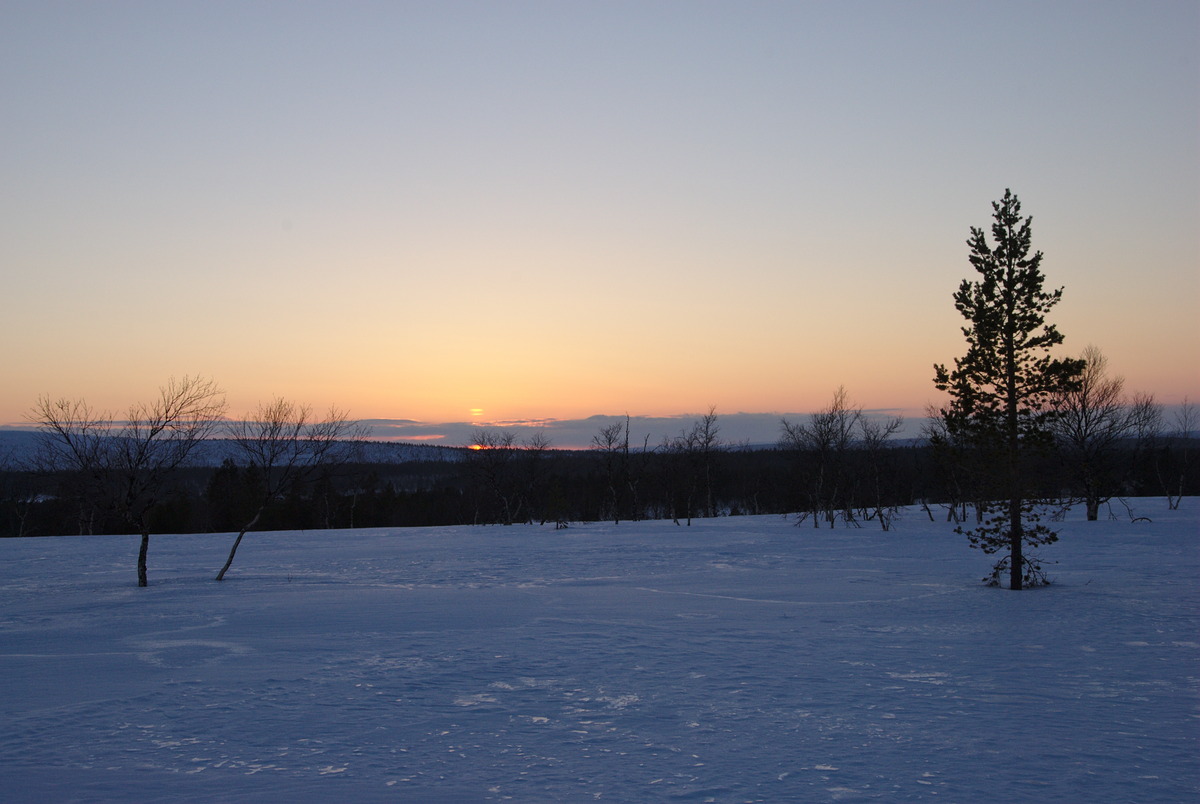 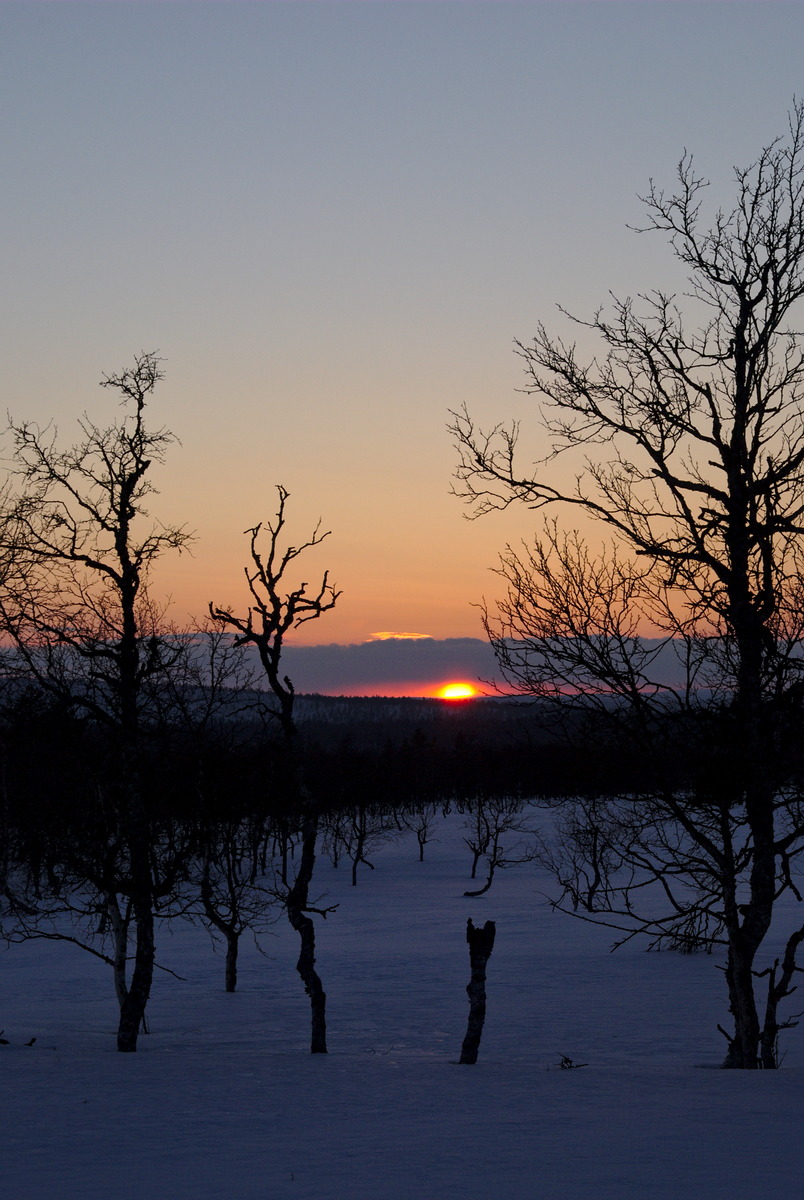 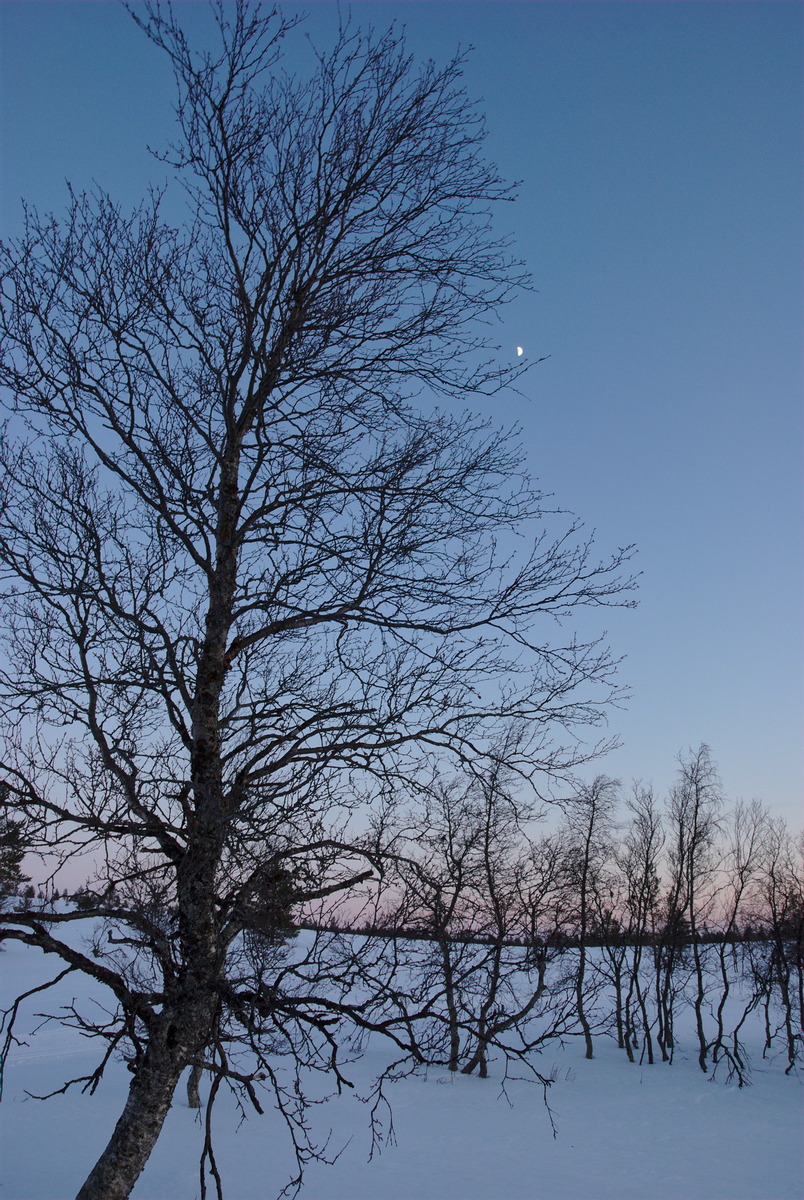 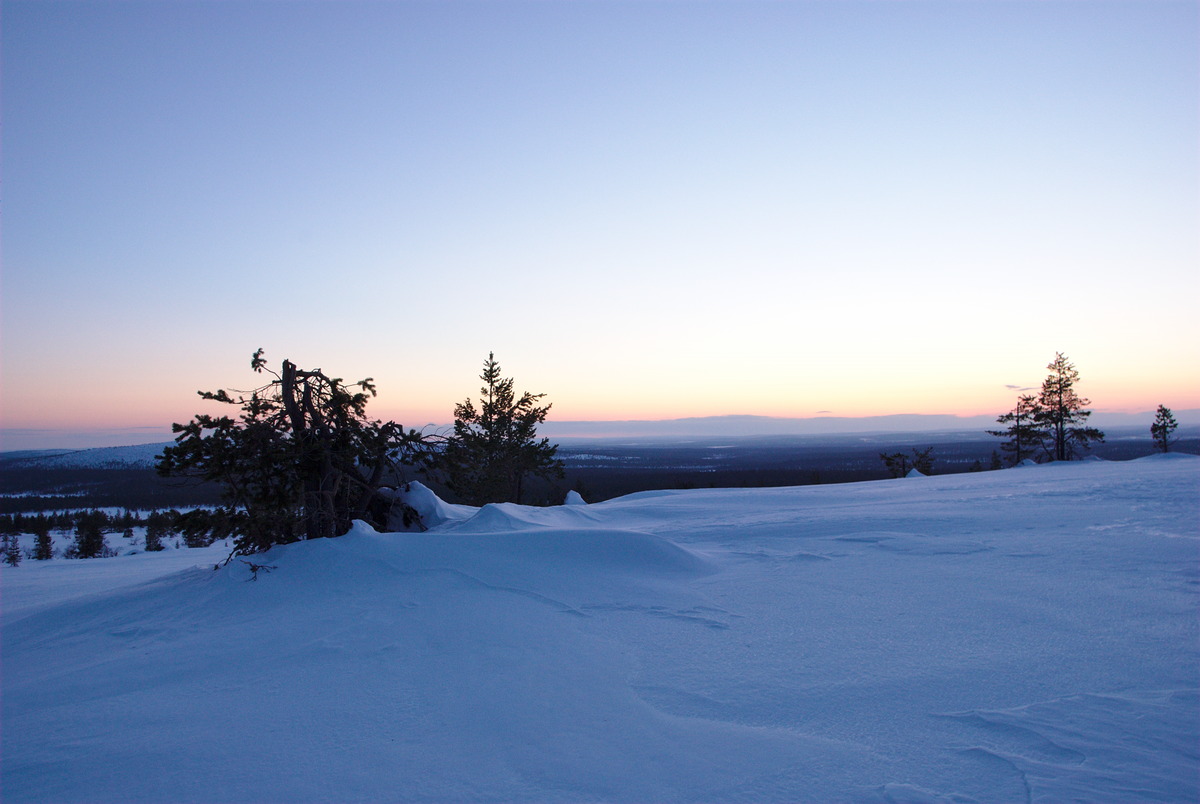 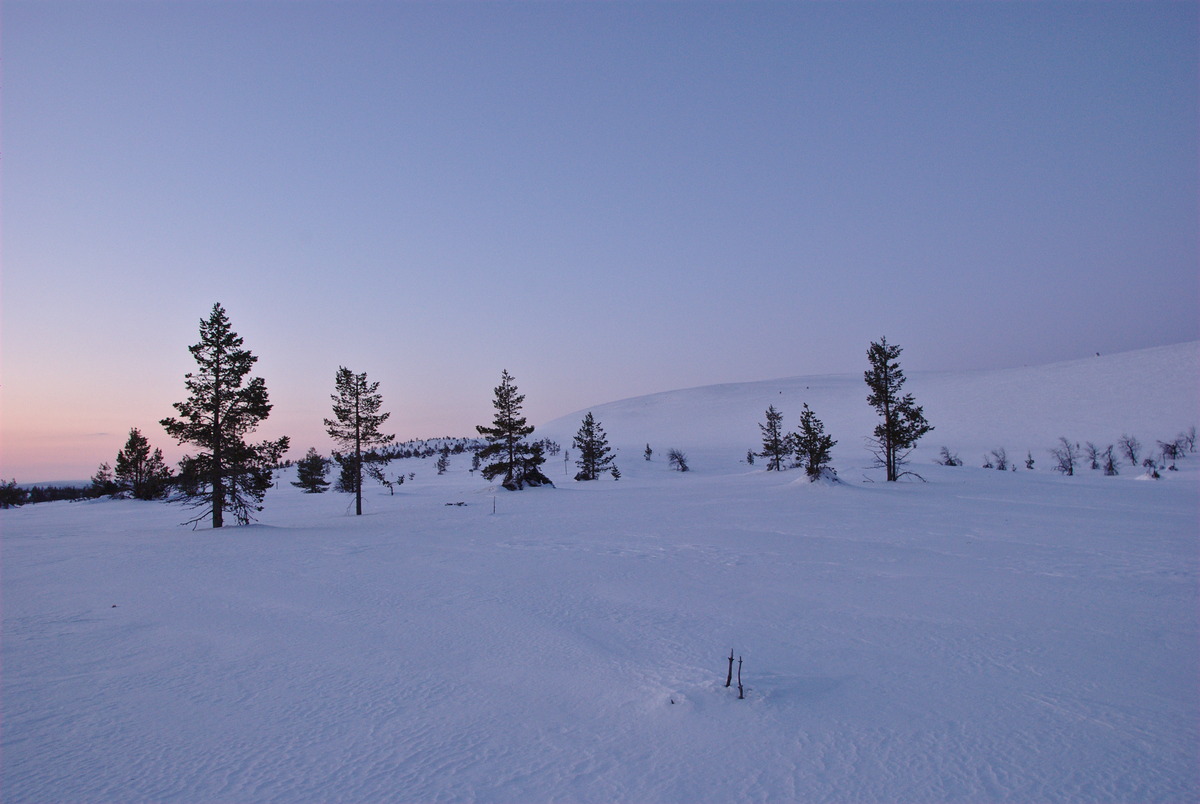 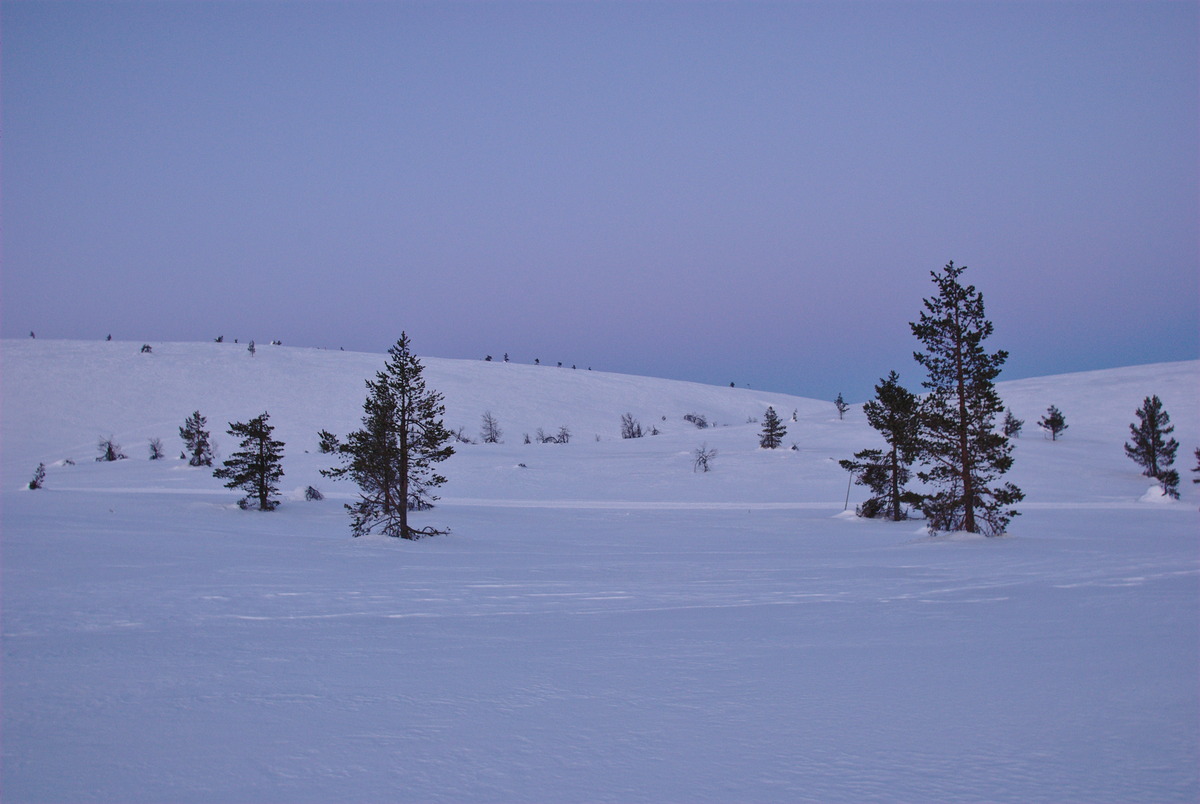 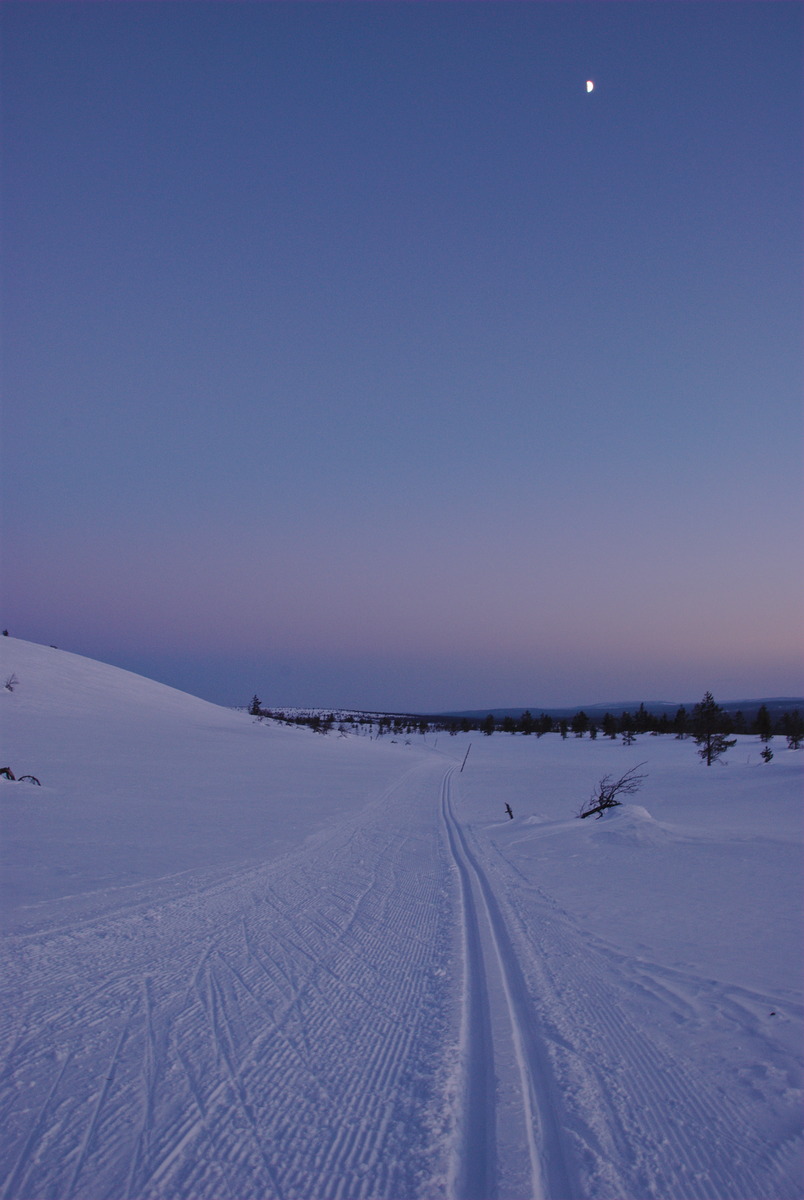 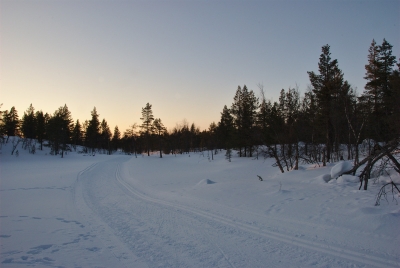 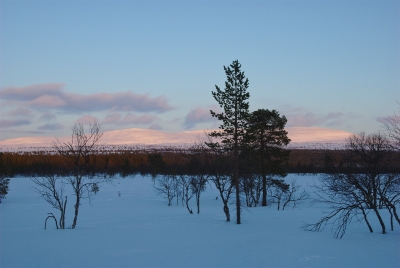 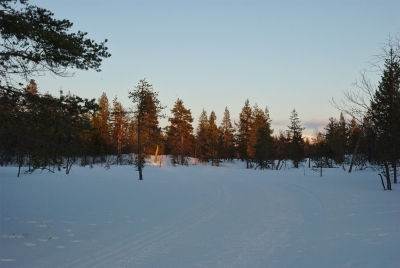 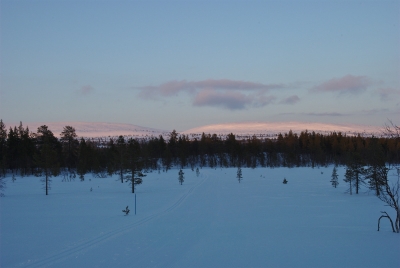 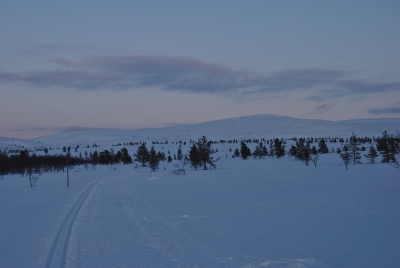 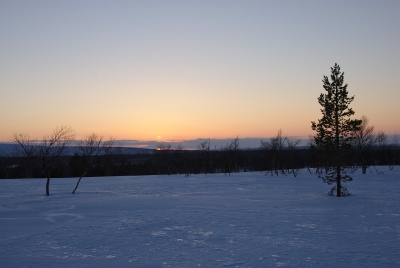 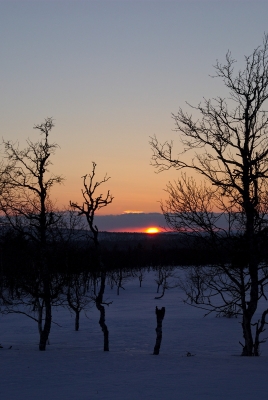 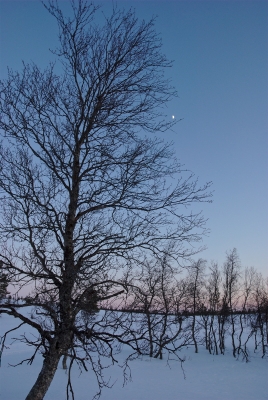 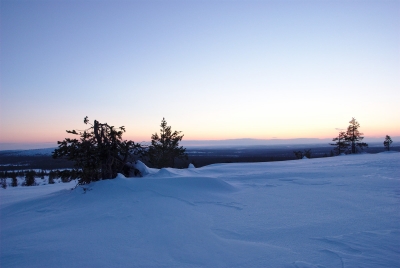 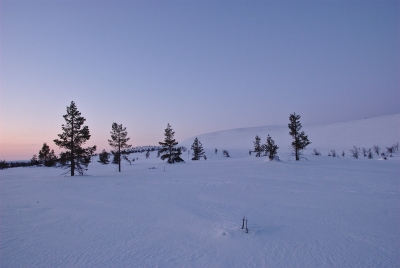 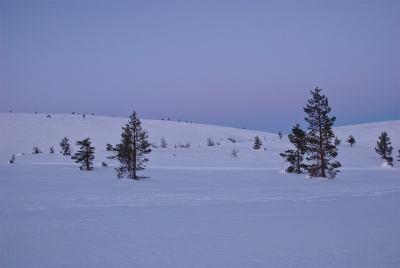 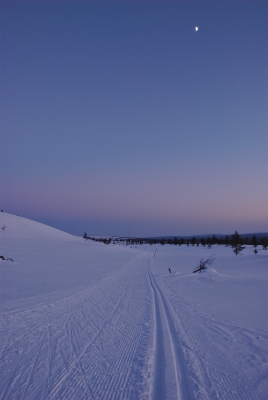