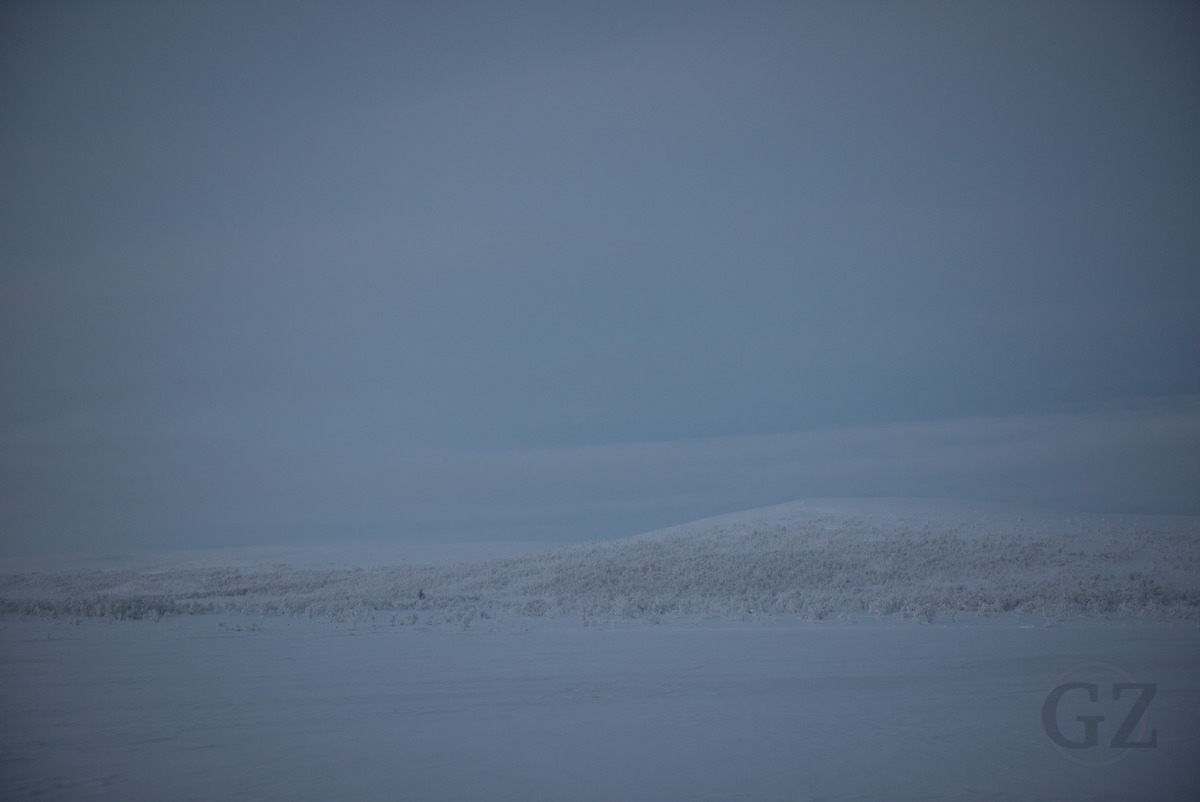 This year we got early a good amount of snow for skiing. With a friend we decided to take advantage of this fact and go for a little polar night ski hike. We went to Karesuvanto, in order to explore the Tarvantovaara wilderness area also during the snow season.

After our autumn hike in the Tarvantovara Wilderness Area, with a friend of mine we decided to go back to Karesuvanto and to explore the area also during winter. Polar night is one of my favourite times to go skiing, as the lights are quite special and unique this time of the year. In some years though, like last year, there just isn’t enough snow for a proper ski hike, or the river and lake ice is not trustworthy to carry. this year, however, it seemed that the preconditions were right.

So we headed to Karesuvanto. The thermometer at the gas station there showed -31°C in the morning when we started our ski trip. Despite the low temperatures ( we heard the day before it as -40°C) we soon crossed a swamp that was still wet under the snow. The consequently frozen skis and pulk gave some extra physical challenge to the first day of skiing. Fortunately, we spent our first night in the Syväjärvi open wilderness hut (autiotupa), which allowed to melt and dry both, skis and pulk, for the next days. After a light skiing day in the vicinity of the Syväjärvi autiotupa, we headed further east. For some time we also skied along the snowmobile route, which to my surprise, hasn’t been used yet by snowmobiles. Also during our trip we only met one snowmobile driver, a reindeer herder on his way north.

When we put our tent up for our next night, it was slightly warmer than when we started, but with -20 to -25°C, still rather on the chilly side for camping. Our next day turned out to be a short skiing day again: While we aimed to ski up the fells, it was very foggy, close to a white-out. Even during midday it stayed quite dark, so we didn’t manage to make much of distance. Instead we decided to make us comfortable at the camp, and enjoy a nice meal with dessert.

On the way back to Karesuvanto we spent another night at the Syväjärvi autiotupa. During this week we rarely saw the sky. Only for some short moments during one day the sky was visible. Most of the time, though, it was cloudy, snowing, or foggy. Despite the cold days, we didn’t really trust the ice on the rivers, as they had a layer of water in-between ice, but in several places also were still open, so we avoided crossing rivers. Nonetheless, a pleasant trip to enjoy the polar night outdoors. 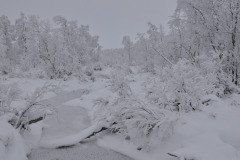 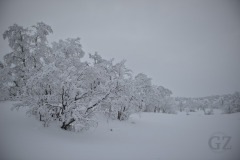 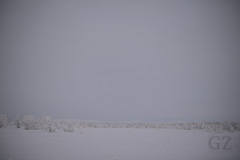 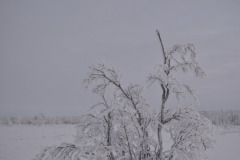 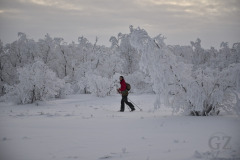 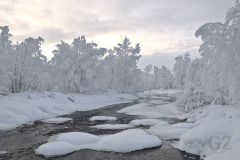 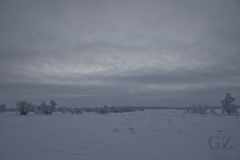 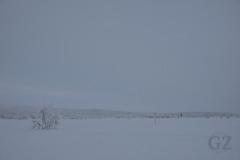 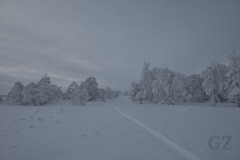 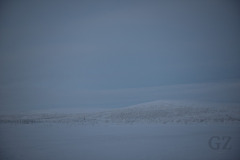 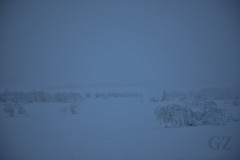 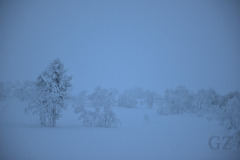 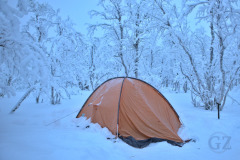 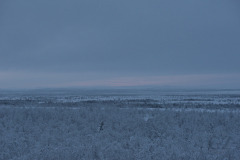 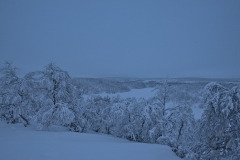 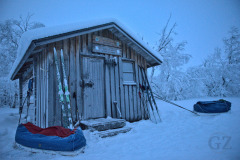