After a medium sun storm has been reported, its solar burst was predicted to hit the earth’s atmosphere yesterday evening, giving a good chance of seeing some nice northern lights. Thus I decided to take my camera with me, when I went for a short skiing trip up on Jyppyrävaara mountain, close to Hetta. But as so often, when above average solar activity has been observed, I once again did not see any exciting northern lights. Nevertheless, I have been able to enjoy one of the very rare clear nights in the past weeks ..

Last night was the first clear night in about a month. December has been unusally warm, with the thermometer sometimes reaching the plus part of the degrees Celsius scale, even bringing some minor rain falls. After the severe cold early in December (see my last blog entry), the temperatures increased and then remained very warm – basically until yesterday, when it finally cleared up again and the cold came back, letting the temperatures drop down to around 30 degree Celsius below zero. The moon is currently getting full (65 per cent last night) and was supposed to be relatively high in the sky, which I thought should give plenty of light for a short skiing trip, to enjoy some winterly feeling after the unusual warmth. After the snow has come late and the amount so far was rather little, at least in the past few days the snow cover increased significantly, now having reached around 70 cm. Fresh, cold and thus hard snow, compared with sufficient light motivated me a lot for a short night skiing trip, for which I chose to just ski up to the lean-to shelter on Jyppyrävaara, going on the well maintained tracks!

When I additionally read, that a solar storm has been observed and its burst out was predicted to reach earth in the late afternoon or evening, I decided to also take my tripod and my camera with me. On my way home, and before packing my stuff and leaving for the skiing trip, there were some northern lights (not very strong ones though) visible for a few minutes (corresponding with the peak in the magnetogram below). But as so often, whenever the circumstances suggest good chances of seeing northern lights, and I take my camera with me, they usually do not (!) appear. Actually, most of the time good chances that they would show up are predicted, I don’t get to see them (mostly because it is cloudy then).

Usually, the northern lights only appear unexpectedly, which makes this natural delight even more fascinating and enjoyable. Basically, spending a lot of time outdoors in clear nights, away from populated places or other sources of light pollution, is the best way to get to see them. This time, the solar eruption apparently did not combine with longer/stronger disruptions in the earth’s magnetic field, resulting in a low Kp value of not going above the value of 3 last night – which finally also did not bring much northern lights activity, as one might hope after such a solar eruption.

Nevertheless, I enjoyed the first clear night in a while to ski a bit under the beautiful and bright sky. I did not end up making many pictures, but rather enjoyed skiing under these special and amazing light conditions. Some weak northern lights are still visible on the images, however, if it wasn’t for the long exposure of 30 seconds, they would hardly be visible. Northern lights with this intensity can be seen here in this area in most of the clear nights, so the solar storm did not lead to any unusual northern lights activities. To me it didn’t matter, since I went out for enjoying skiing under the moon.  :) 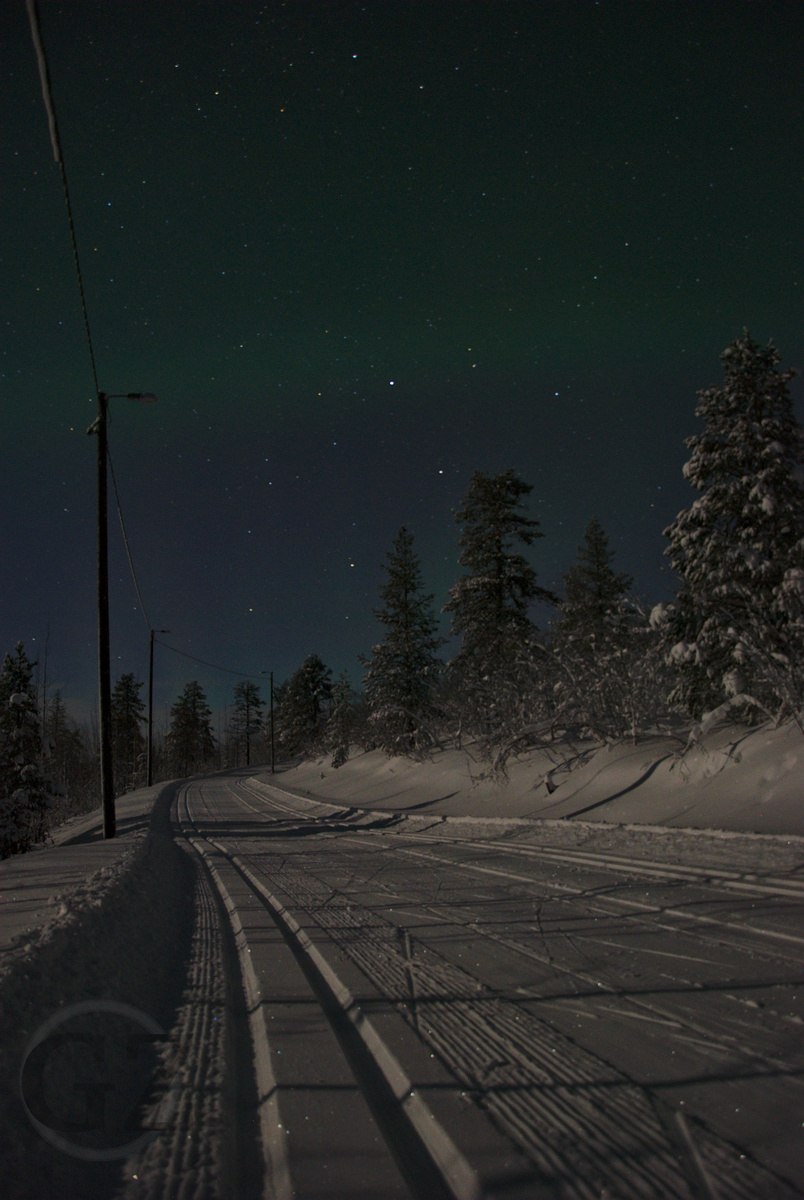 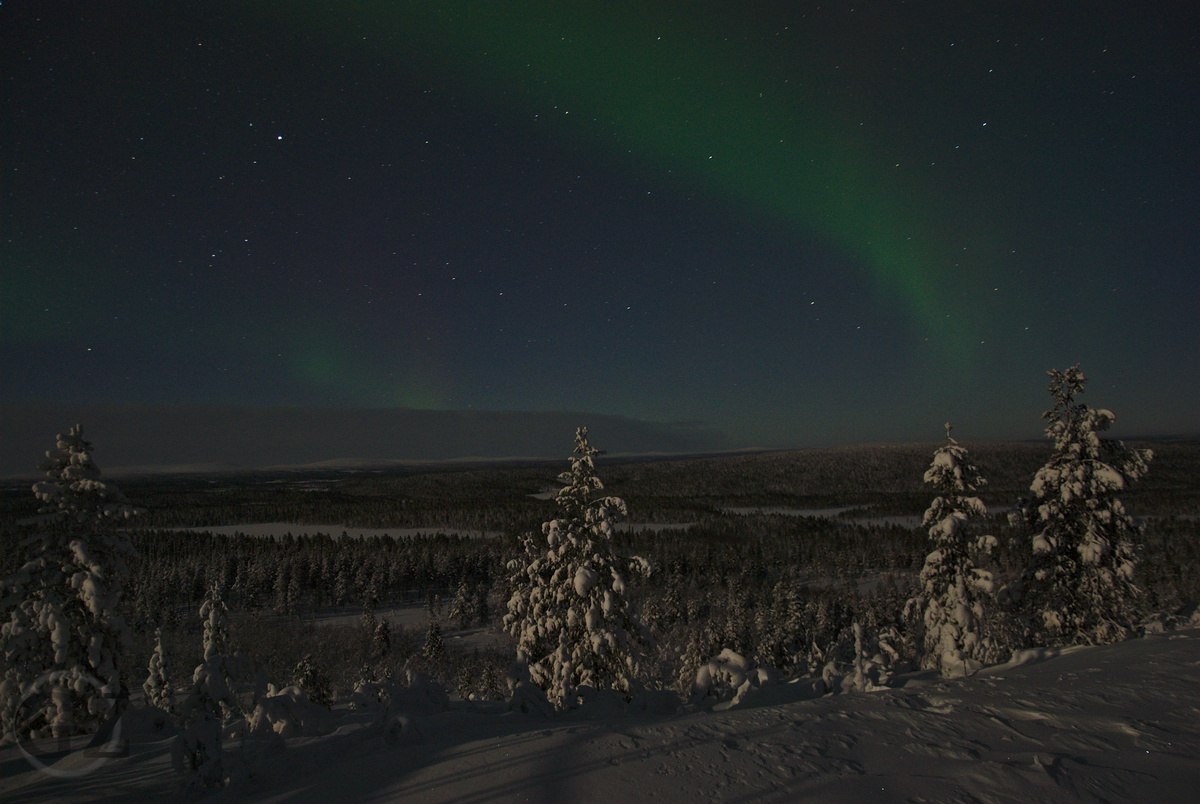 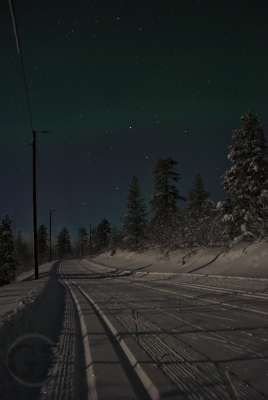 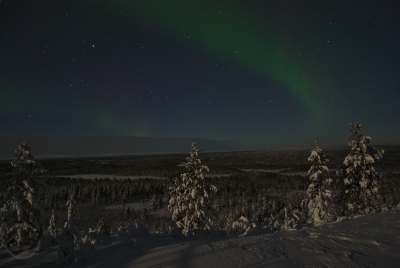 Skiing in the night on Jyppyrävaara