We also chose to stay in a hut over night, as we were expecting some rain, and if not really inevitable, we rather wanted to continue our trip with a dry tent. And indeed, just after we left the autiotupa in the morning, it began to rain. While putting on the rain cover over my backpack, i discovered a big group of (not quite sporty looking) people, of which I was surprised. The latter originated in the fact, that I didn’t consider also some other paths into the national park, and only expected long distance hikers. Nevertheless, a big group (like one or two bus loads) of hikers were coming up from the lake Vuontisjärvi near the village Yli-Kyro, to take advantage of the café, which is located in a kota just next to the Nammalakuru autiotupa (which I have to add, is situated in a beautiful spot – just on the upper limit of the tree line, which allows a nice view over the valley).

After thrusting ourselves through the crowd and quickly passing by the very small autiotupa Montellinmaja, the hike became again more enjoyable, as the amount of people became clearer. Continuing to follow the wide path towards Hetta, our next planned stop was the Suaskuru kota. 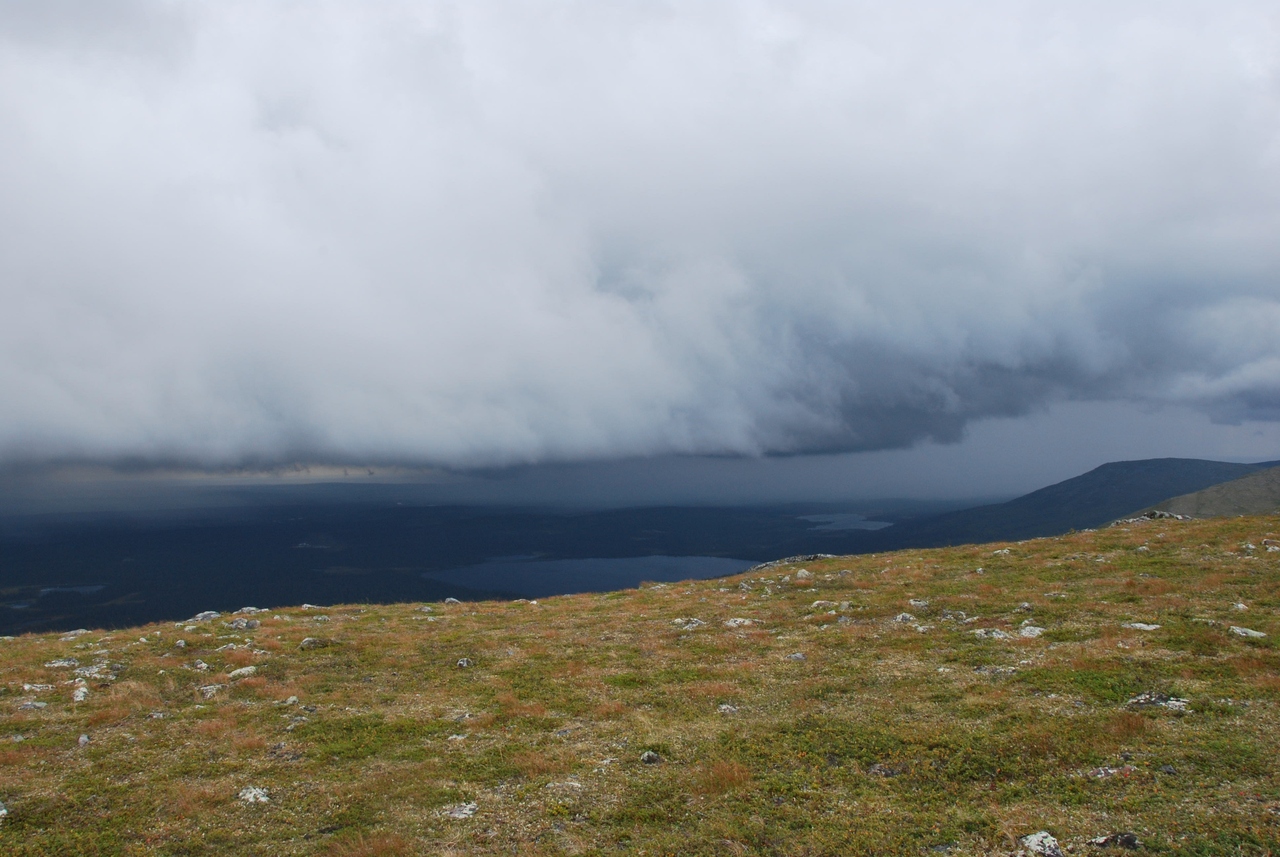 However, on the top of the last hill, before going down to this kota, we made a special break to fascinatingly watch the black and low hanging clouds heading towards us from the South. After the clearly visible front of this huge, dark hiking companion reached us welcoming with heavy rain fall, we continued our journey to the dry interior of the lovely situated and already mentioned kota, to make our lunch break. Sated we left the fire place to hike towards our final target for that day, the Hannukuru open wilderness hut. 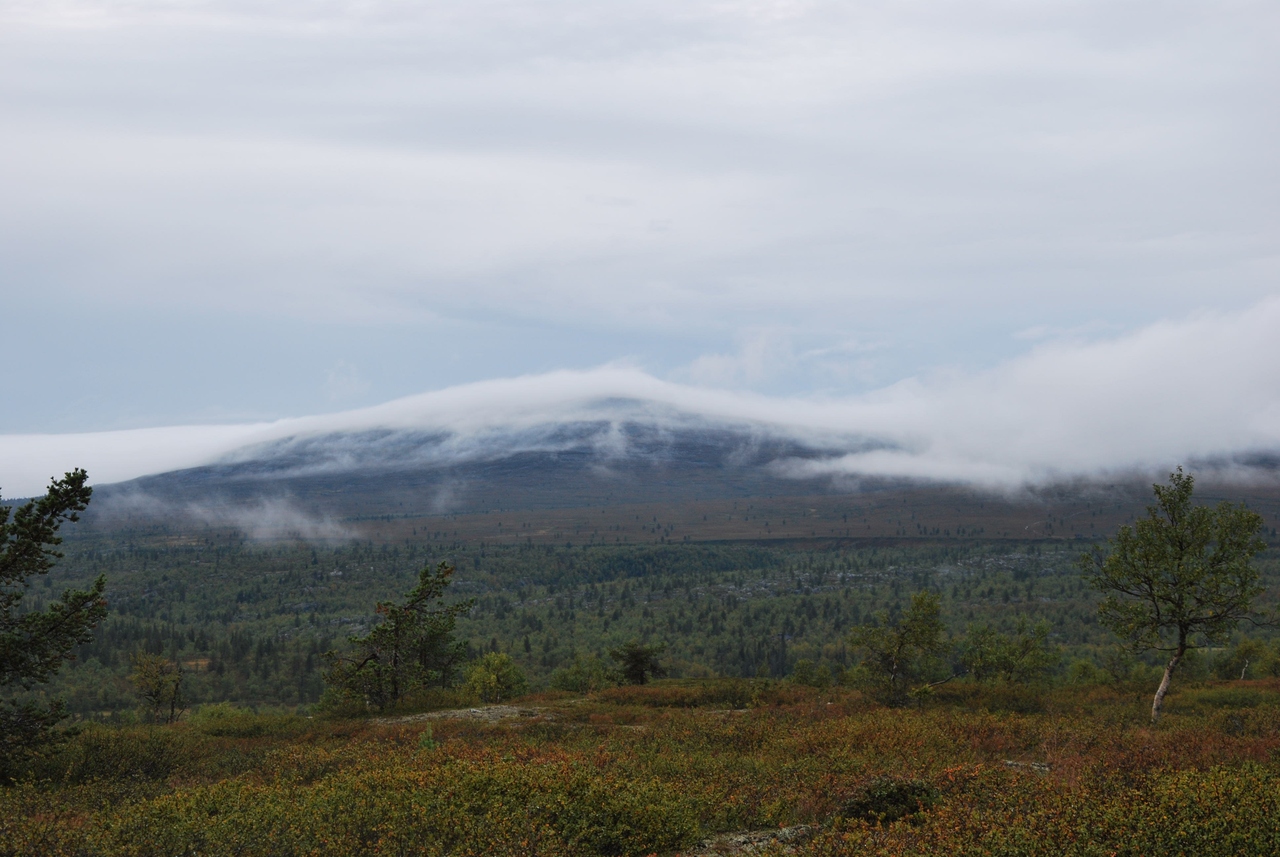 While we were still a bit above the tree line, the sudden lifting of the fog surprised us. Astonished we stood still, and watched how the invisible sun was sucking up all the moist from the ground and air, until within minutes the whole basin between Pallas- and Ounastunturi became visible, with some delay even including the peaks of the Northern fells. Without rain and already spotting our day destination, we slowed down and took our time to pick some berries, knowing that we will have a smooth sauna evening ahead of us.

Hannukuru is really a huge place approximately in the middle between Pallas and Hetta: One combined autiotupa with varaustupa, a big separate varaustupa building, a marked camping area, a kota, several wood shelters and fire places and everything topped with a big and cosy sauna at the lake side. This, I’d say, is clearly the place in the whole national park, that makes it most apparent, how many people take advantage of this area. However, we were rather lucky and putting our tent at an empty camping ground, even though the huts seemed well filled with people. So was the sauna, which however did not at all reduce the pleasure of continuing sweating without exercise. The clear lake (which another hiker explained us is supposed to be a spring and not filled by the brooks and rivers coming down from the fells) was highly pleasant to swim, and the fire places comforted us with sufficient heat to prepare our food and keep warm also after sauna (which, by the way, costs 7 € per person, and can be payed either there via SMS or in one of the Metsähallitus’ nature centers).