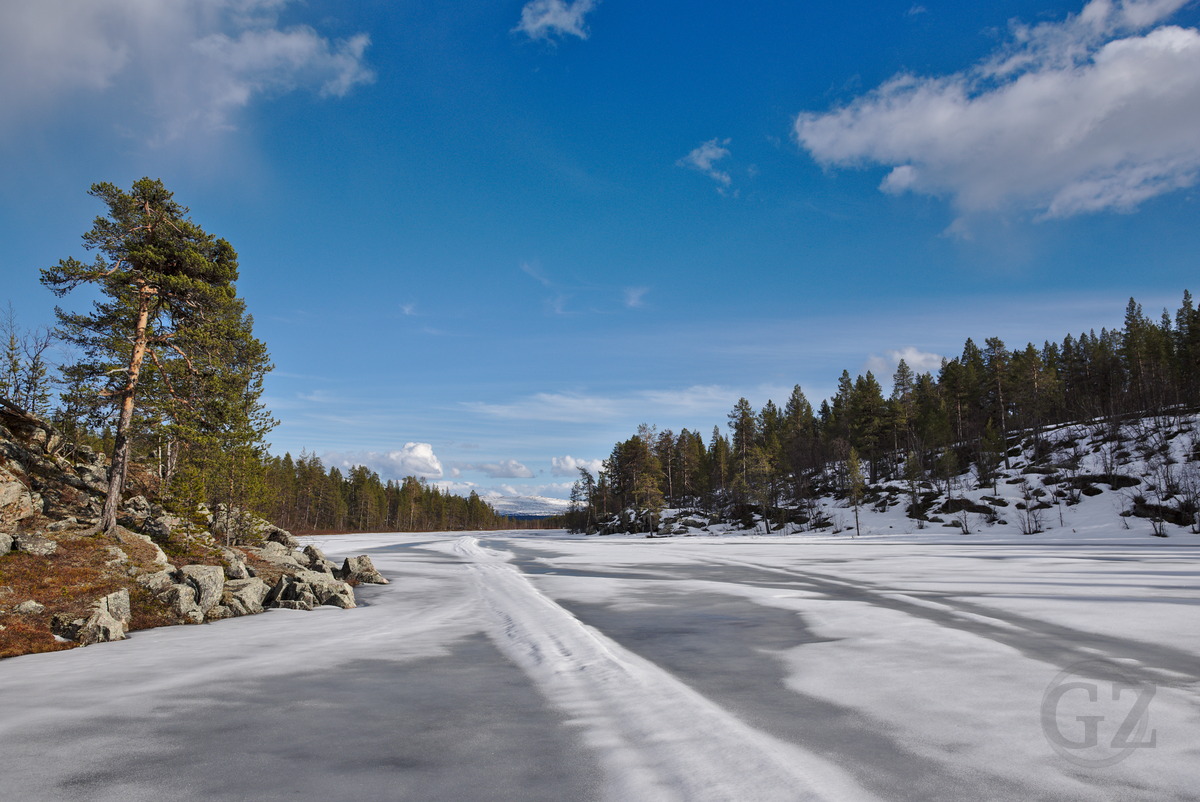 Usually at this time of the year I am going on my last skiing trip of the season. This year, however, the snow melted so early, that instead of skiing I went for a walk on the old skiing tracks.

This winter has been really short. The snow arrived rater late (maybe 1,5 months later than usual), but the snow also melted away quite early. In previous years I have often been going on my last skiing trip of the season, preferably to the nearby national park. This year the third April week, however, brought temperatures with up to 13° Celsius, melting away most of the snow. Additionally, I also did not feel safe anymore crossing the the lake. So instead of skiing I went for a walk through the forest, visiting the lake Palosenjärvi. Attached are a few pictures of this late afternoon walk ..