The clear ski on Friday revealed the strong brightness of the moon just a few days after it was full. With such an amount of light available, I wanted to take advantage of the beautiful weather and decided to go to the Pahtajärvi laavu for some late night dinner. Since the sun is almost gone anyway, the moon will be the only light-ball shining from the sky in the next few weeks. Of course the clear sky came along with cold temperatures (down to -30°C), but that shouldn’t keep me off from a short skiing trip.

A friend lend me some forest skiers (2,50 meters of length) that allowed me to take the beautiful summer hiking path, straight through the forest. Sometimes the snow loaded and deep hanging branches made it difficult to stay on the trail, but obviously there was still enough light to find the way without needing a compass. Even though there was an absence of clouds, northern lights were very rare and rather week, as the sun activity in the days before hasn’t been strong. Nevertheless a really enjoyable and wonderful trip, that – as so often, I documented with some images. Unfortunately, the film rewind button of my (usually very reliable) Nikon FM
got frozen, breaking the film when trying to rewind, but at least I have been able to bring home some digital impressions. 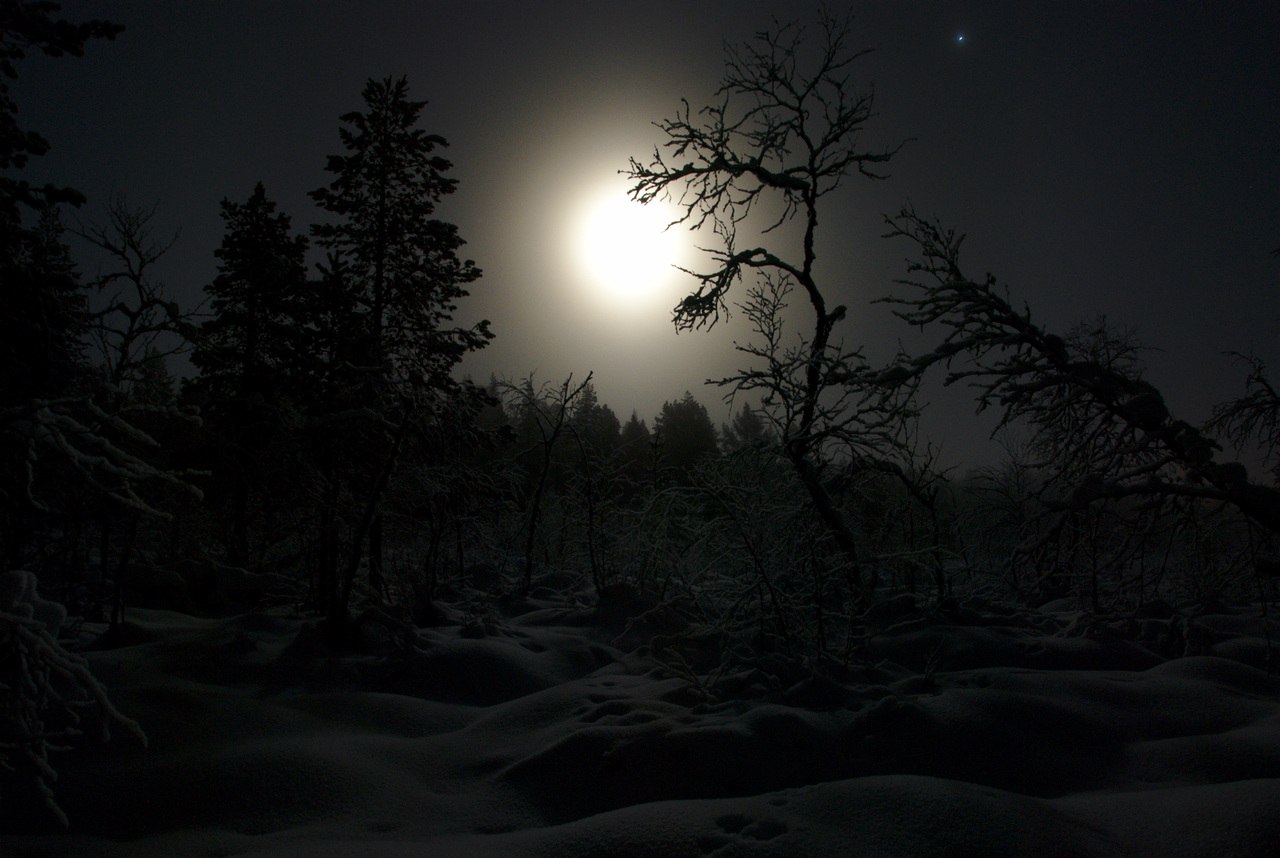 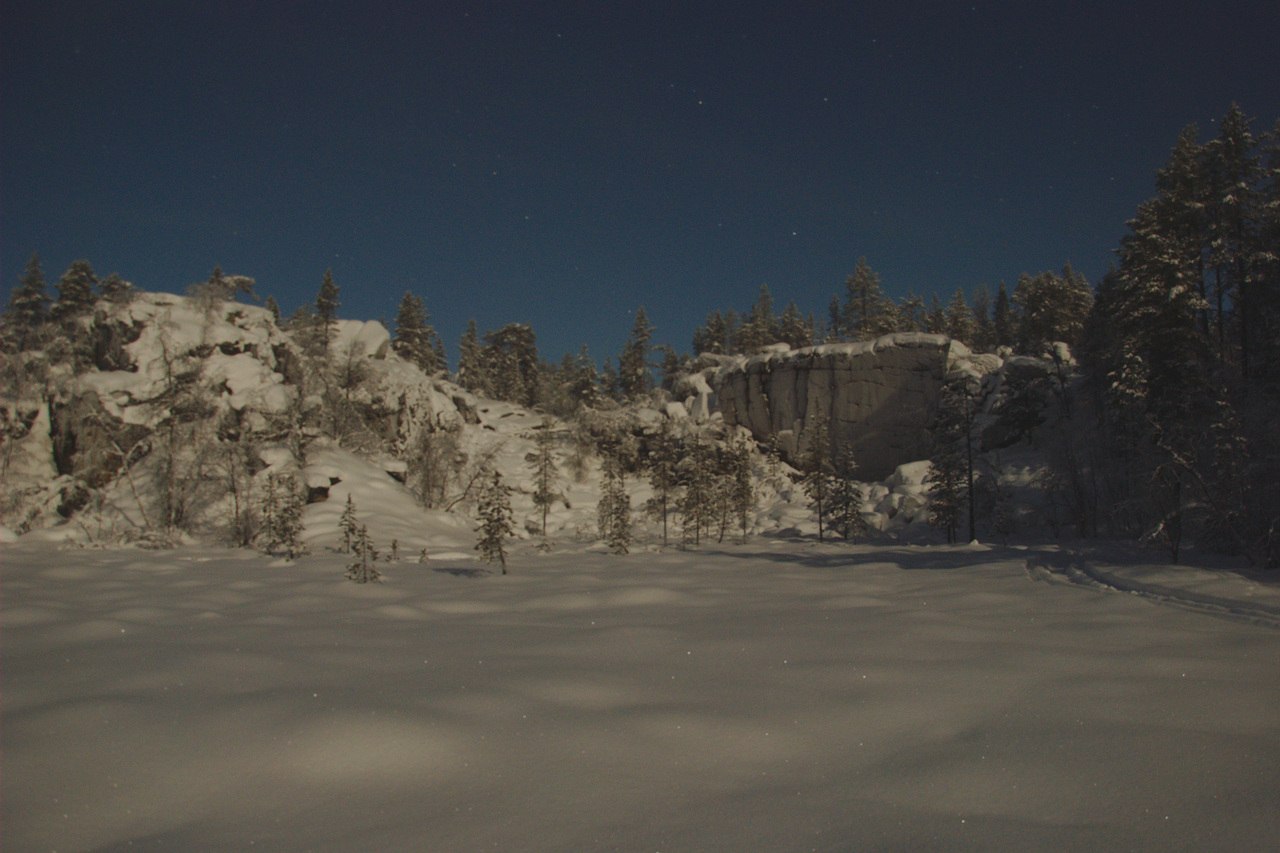 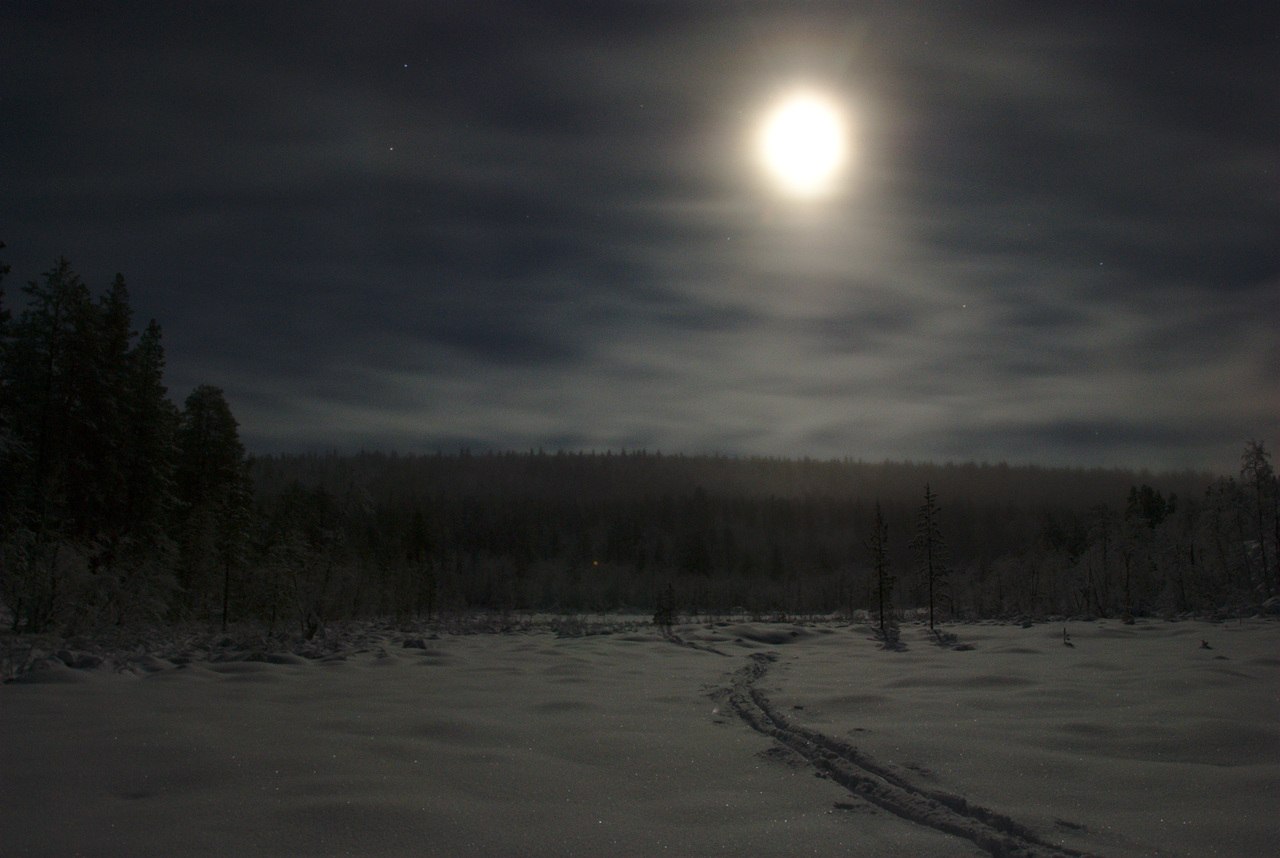 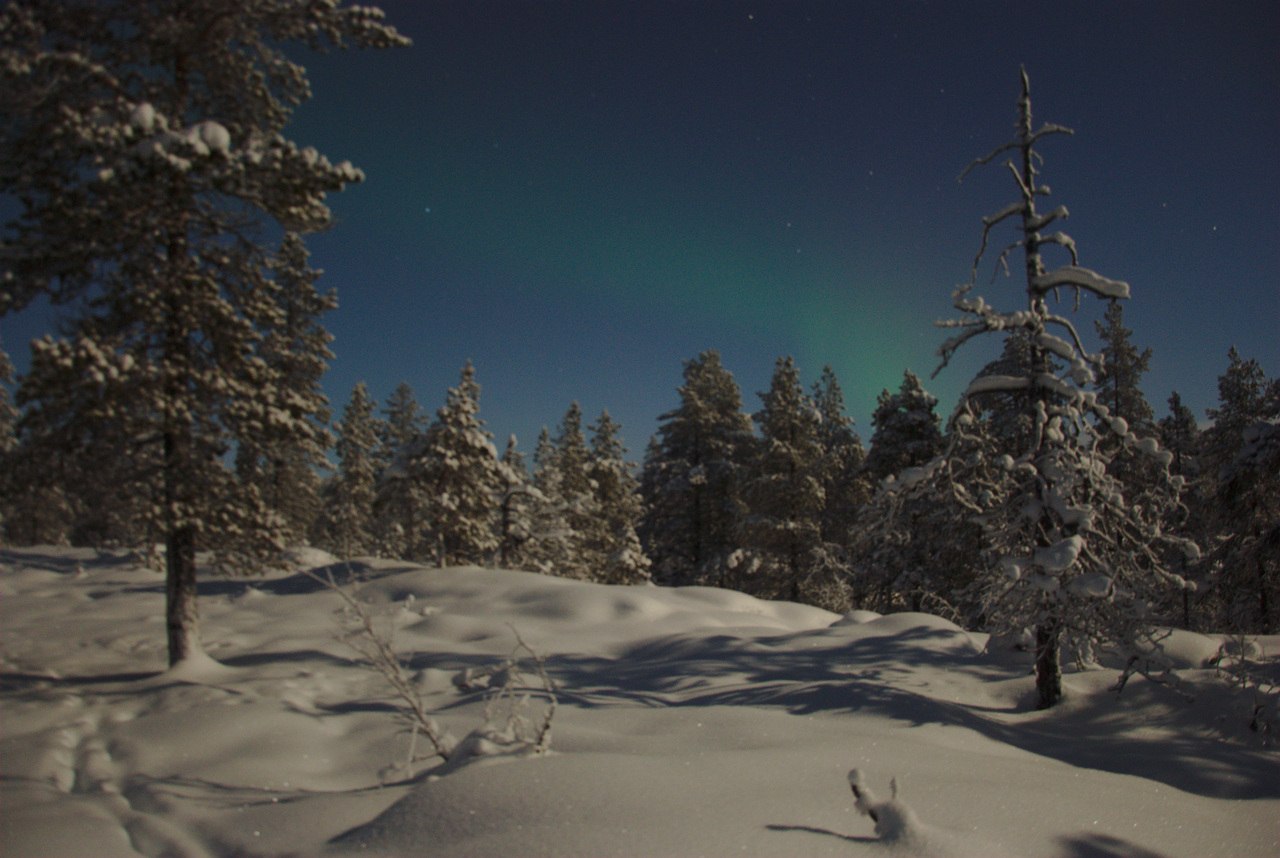 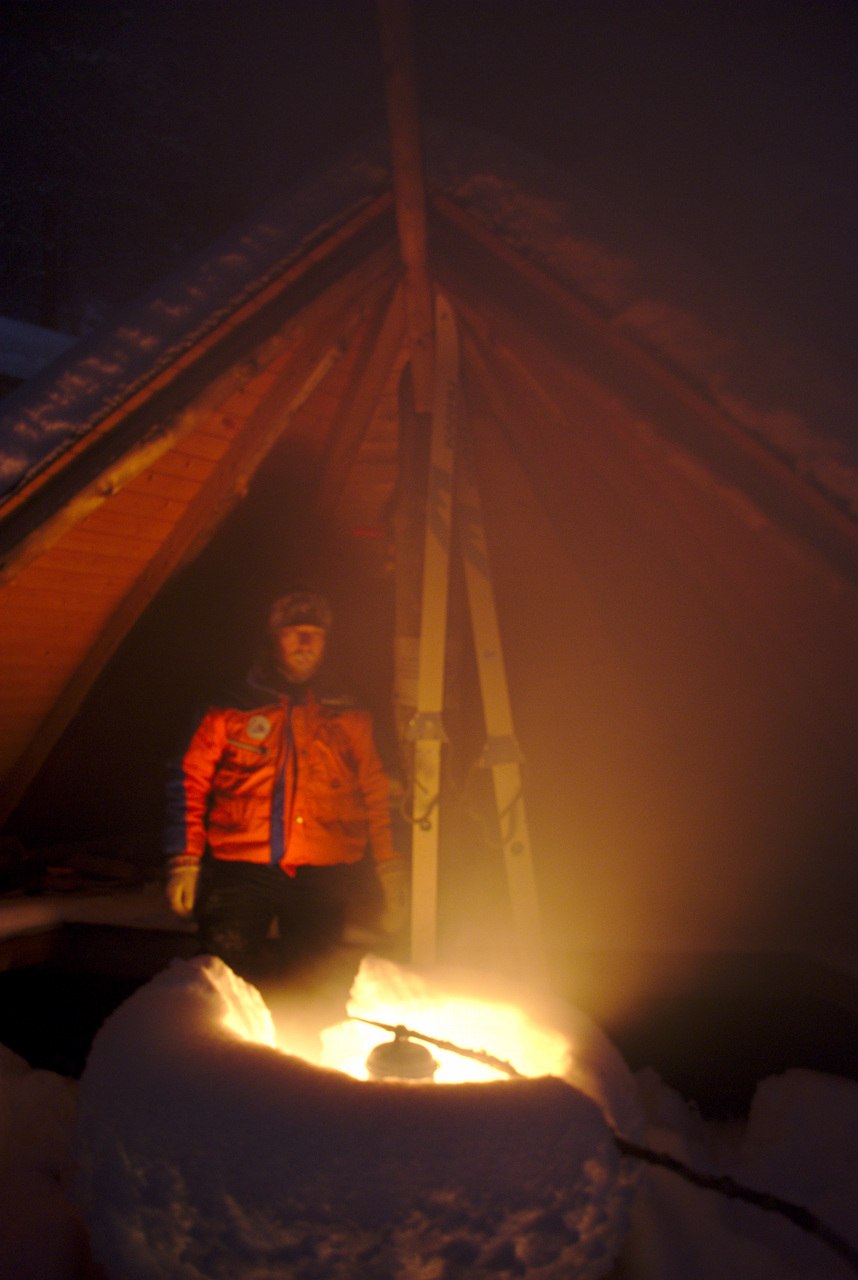 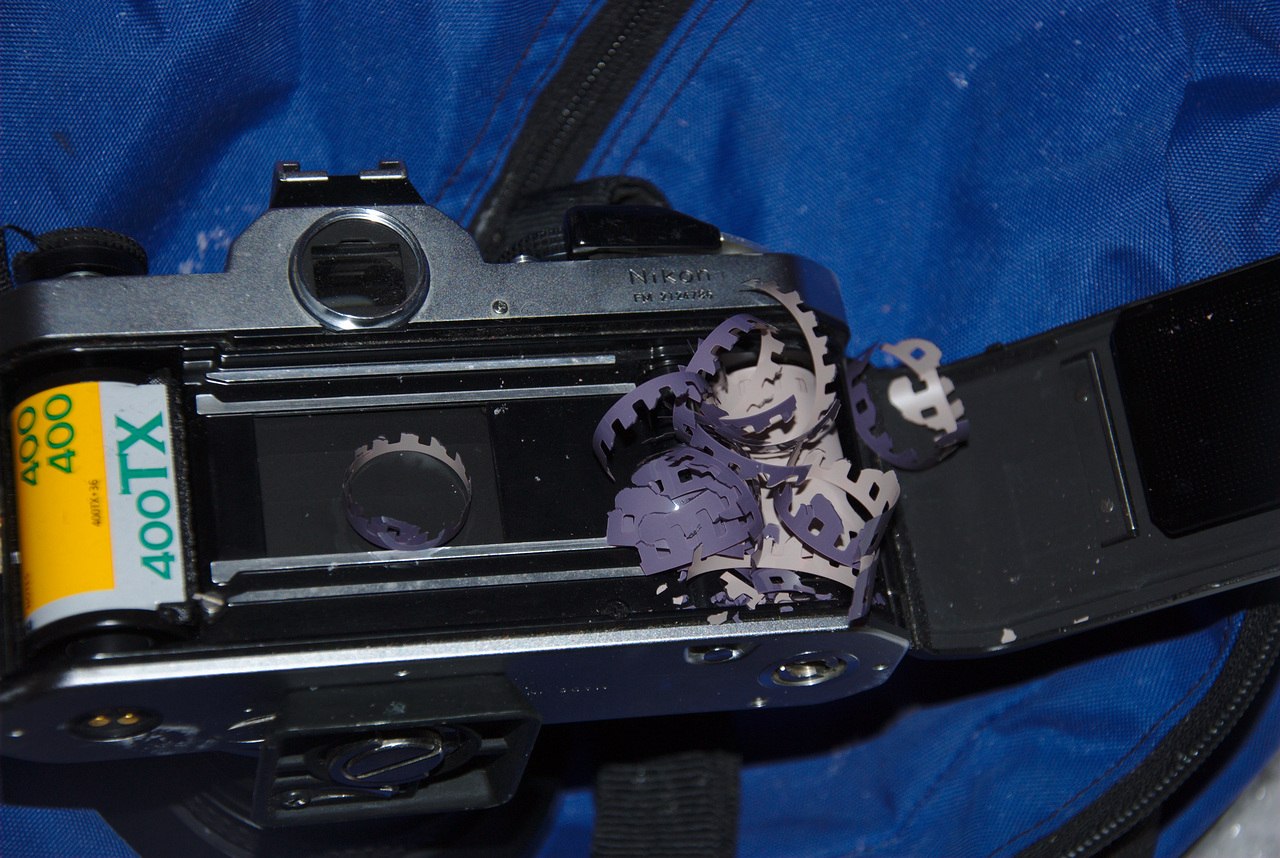 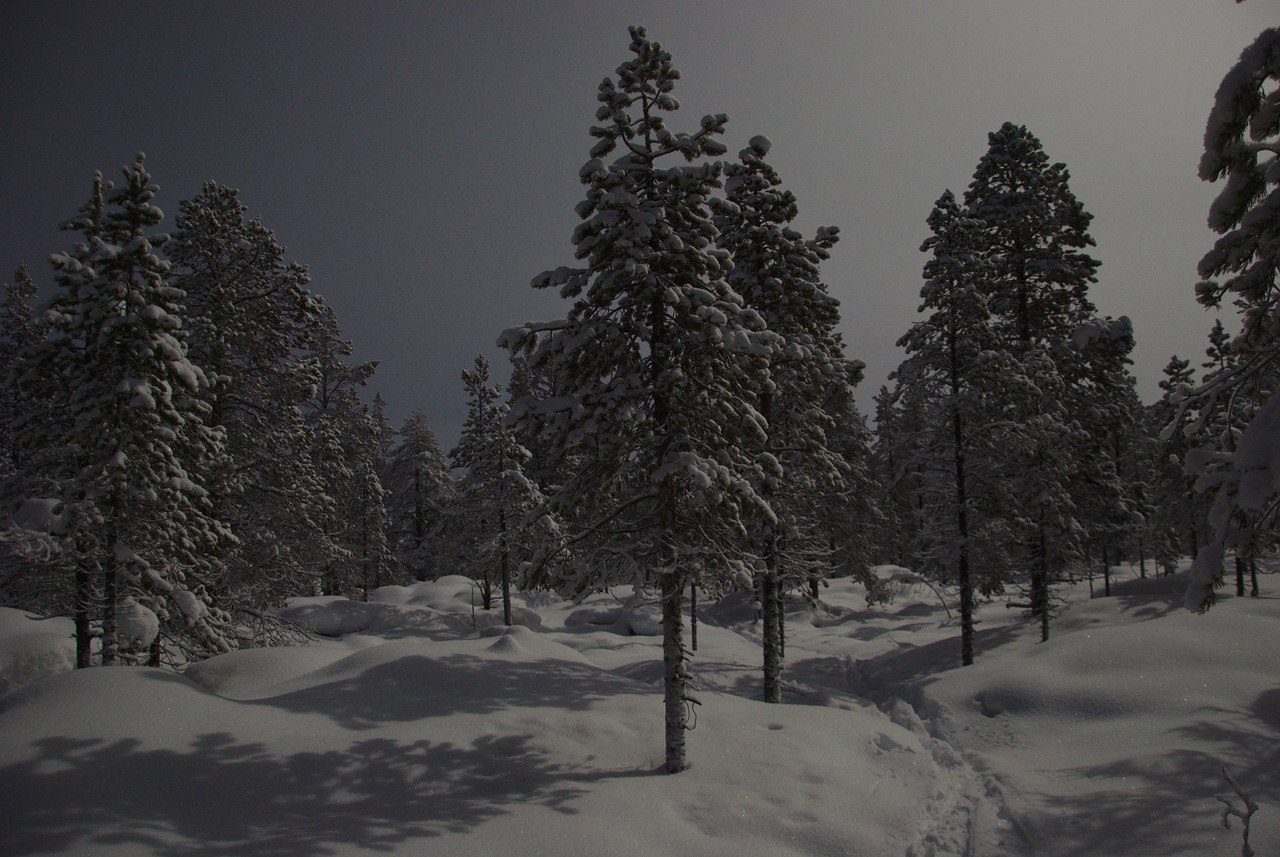 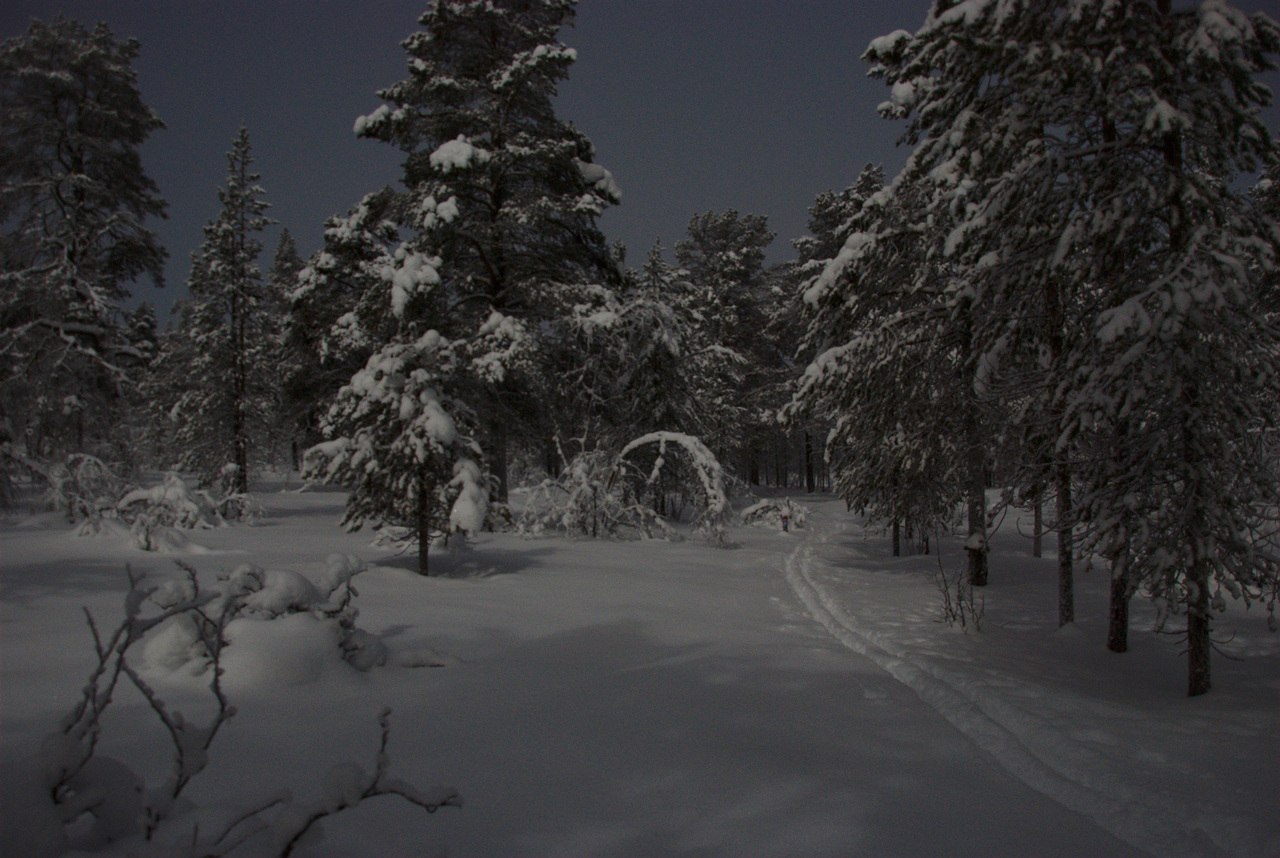 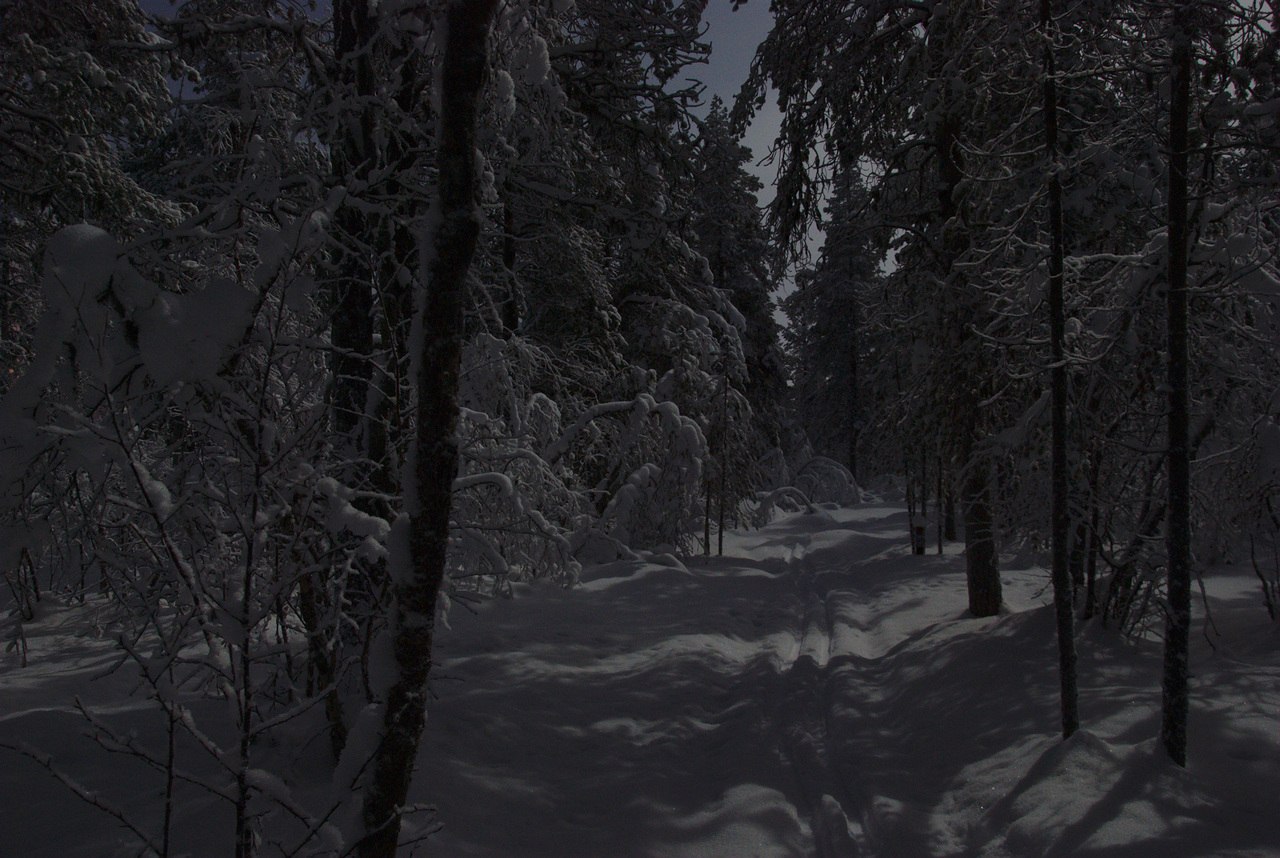 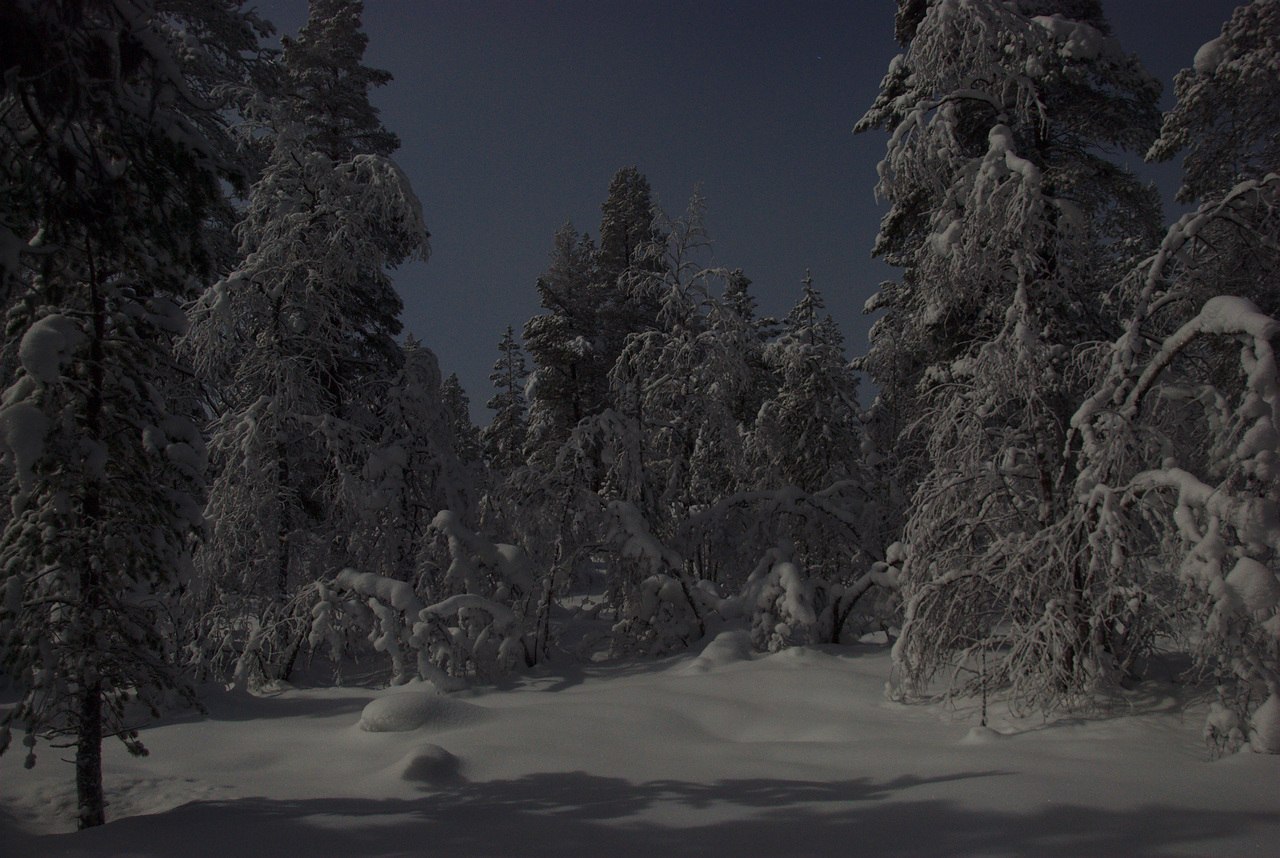 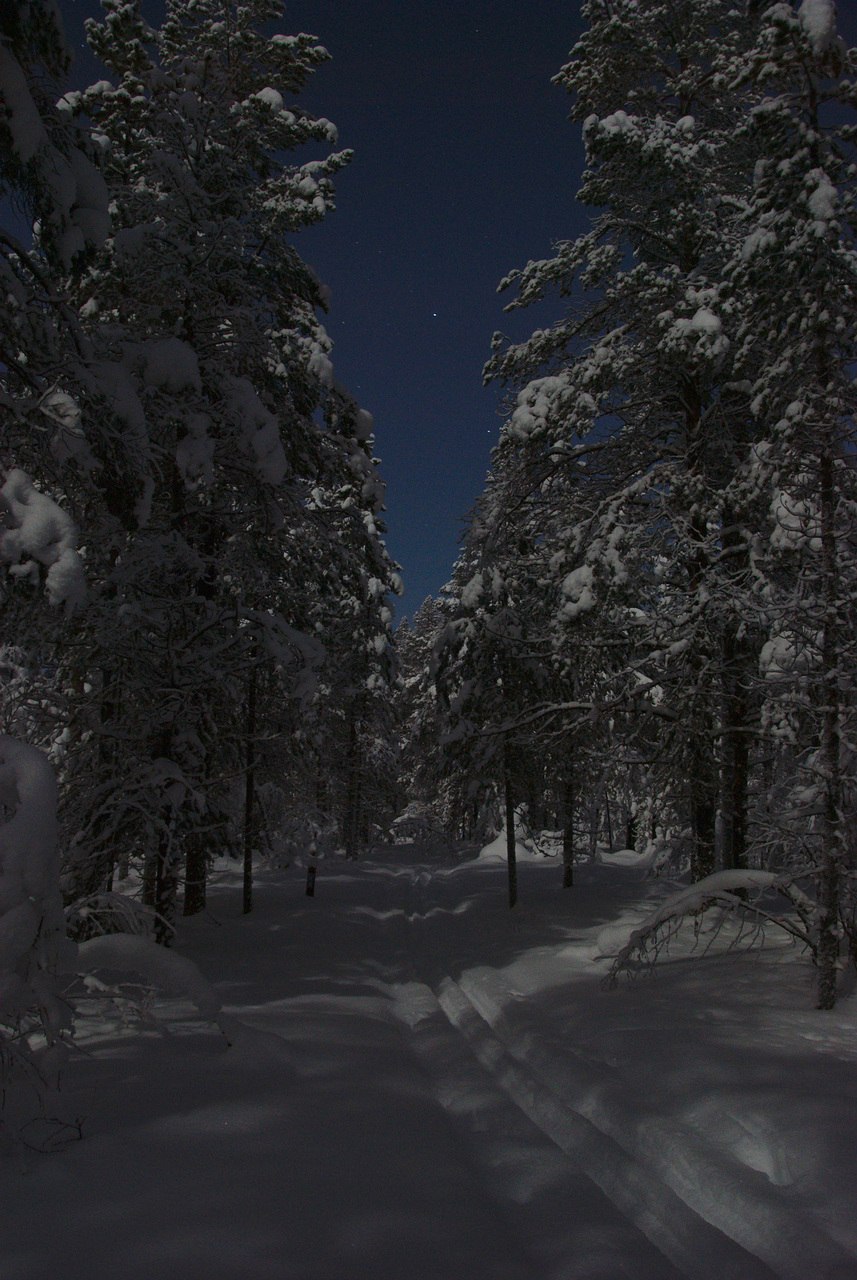 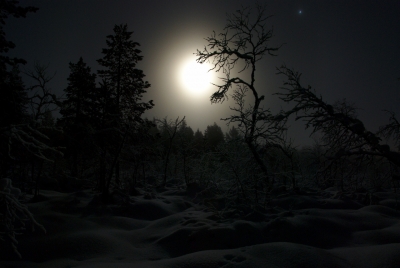 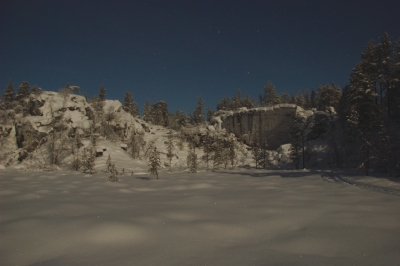 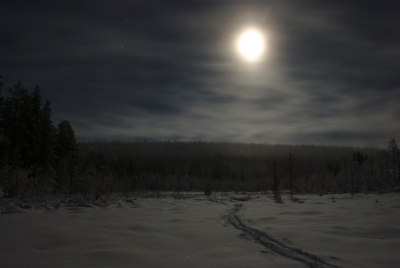 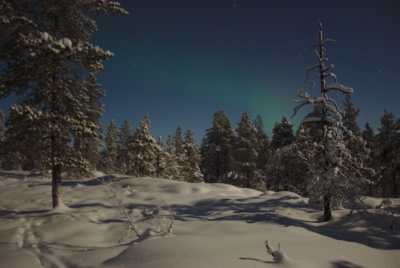 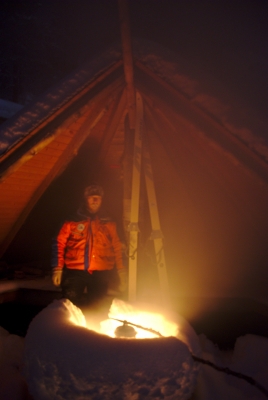 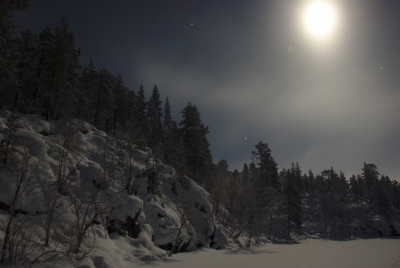 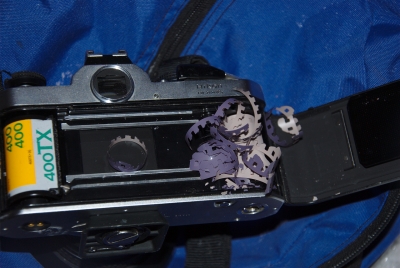 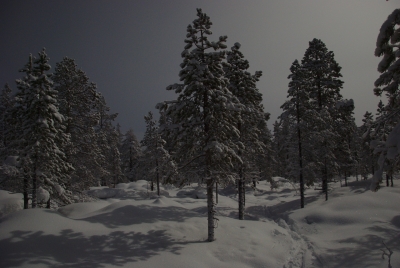 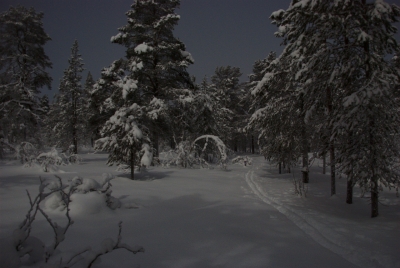 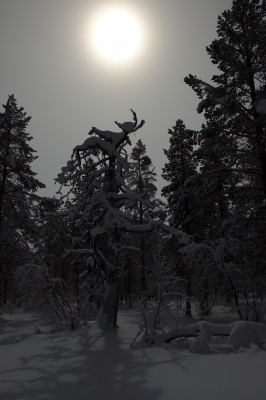 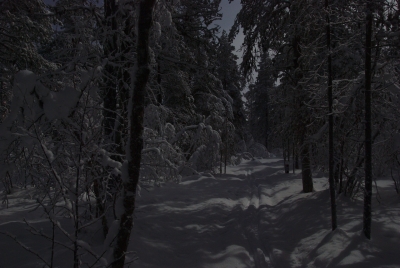 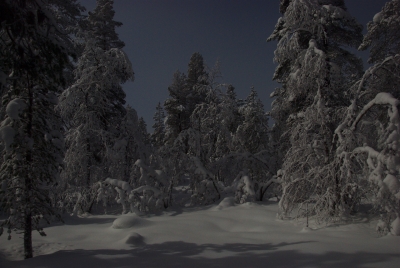 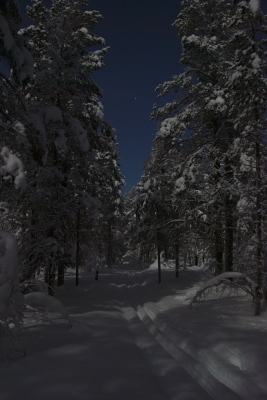