On a nice early May evening with some friends we wanted to make a fire and grill some food at the lean-to shelter on the top of Jyppyrävaara, in Hetta. Since the melting of snow and ice continues fast, not every passage that has been maintained as a skiing tracks is snow covered any longer. Thus, I needed to take my bike for a short ride, with the skiers attached to my backpack, to reach a spot where the tracks were still in bearable conditions. After a short trip with the skiers I arrived on Jyppyrävaara, where we enjoyed some grilling action in a bright and almost cloudless night.

As I reported earlier in a post, the snow and ice melts pretty fast, with temperatures up to seven or eight degrees Celsius. The river ice is pretty weak – and more important – covered with ankle deep water that flows over the ice, making a passing without rubber boots to a feet and sock washing mission. Which, under the prevailing conditions, would most likely also lead to cold feet. So I decided to take my bike to reach a place where the skiing tracks are not crossing any rivers, and started my skiing part near the center, from where the tracks up on Jyppyrävaara where still in satisfactory condition. This means that there was still plenty of snow, but of course its melting during the day, it would be frozen hard during the nightly hours (I changed the bike for skiers around 10pm). This brings along the advantage, that the snow (or ice if you want) is pretty fast for skiing, but this was not in the main focus for that night. More important was to enjoy having a beautiful view over the fells on the other side of the lake, end have some nice food while being astound how quickly the night has disappeared and how bright it already is during the night. Attached are some impressions about the current light situation during the night hours. 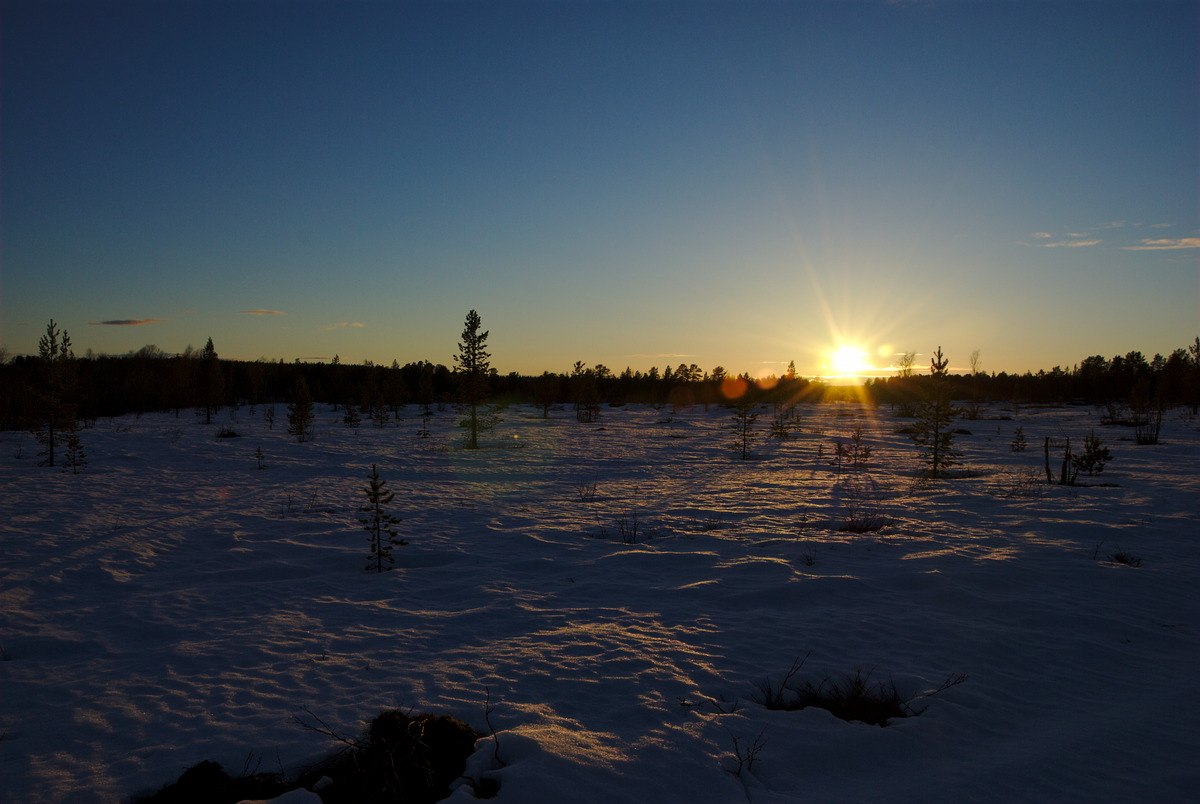 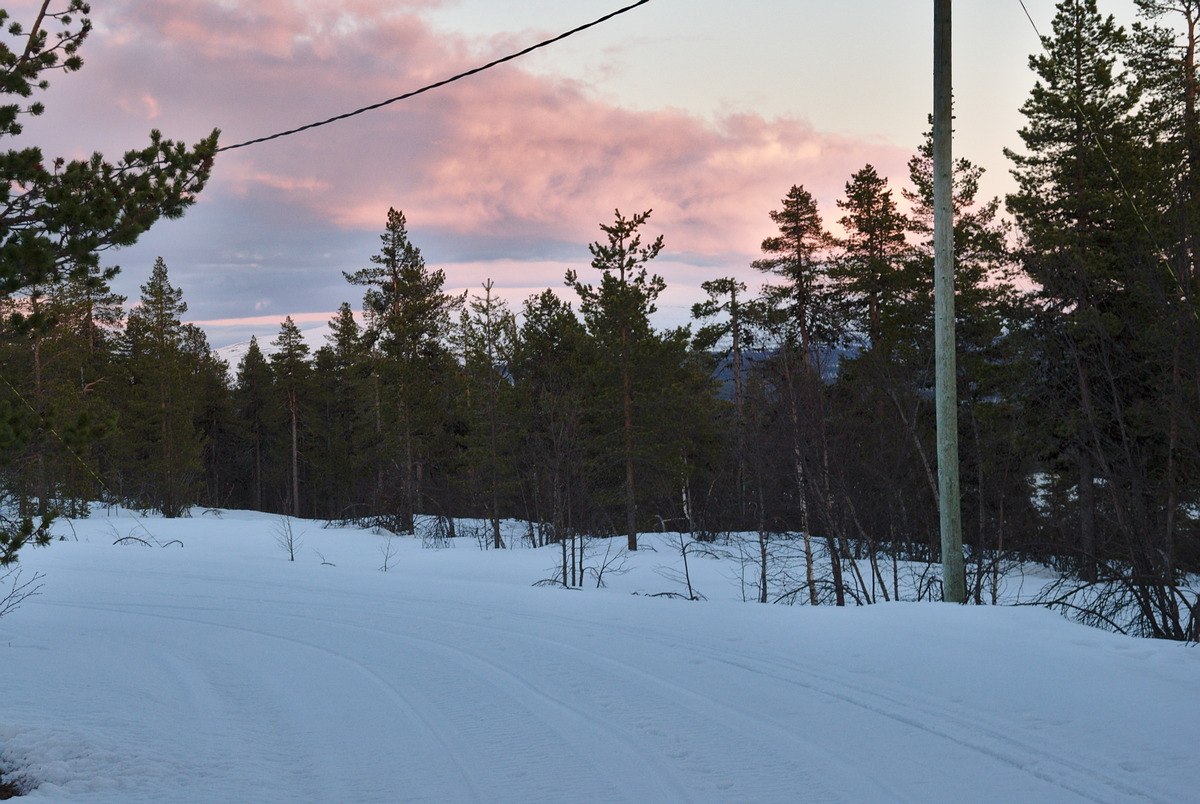 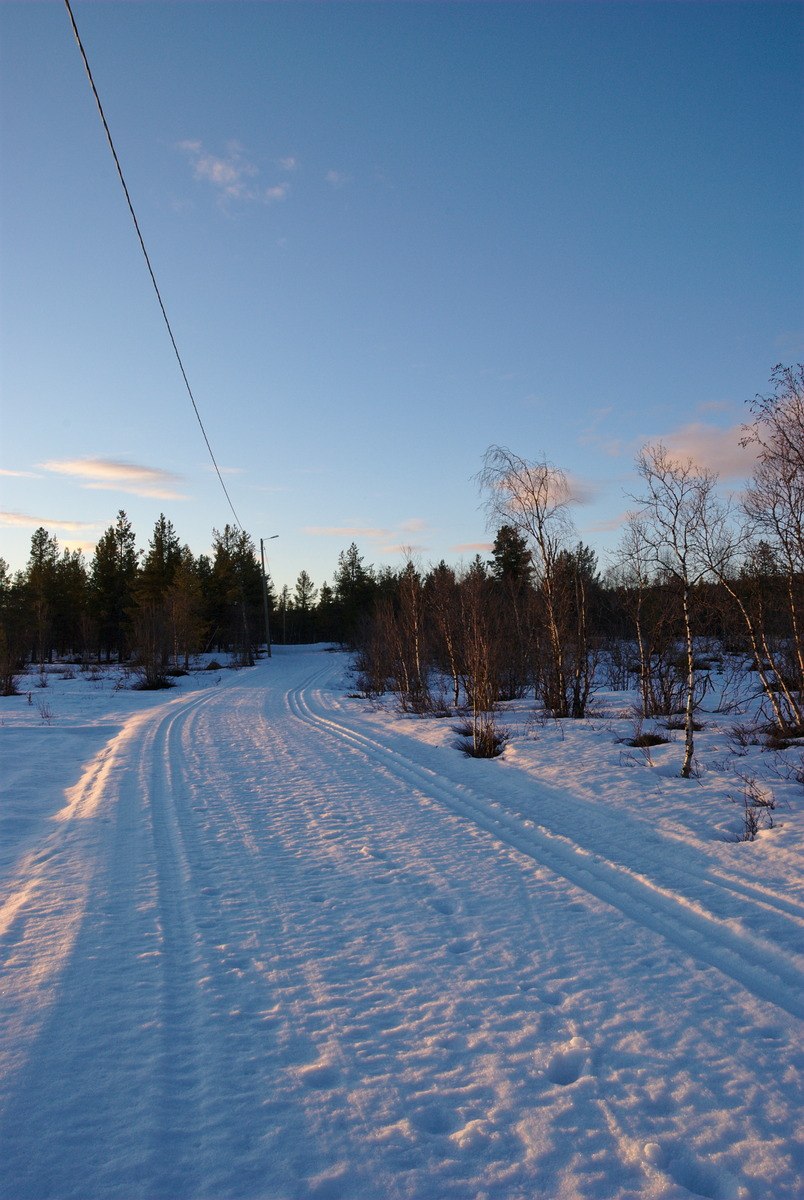 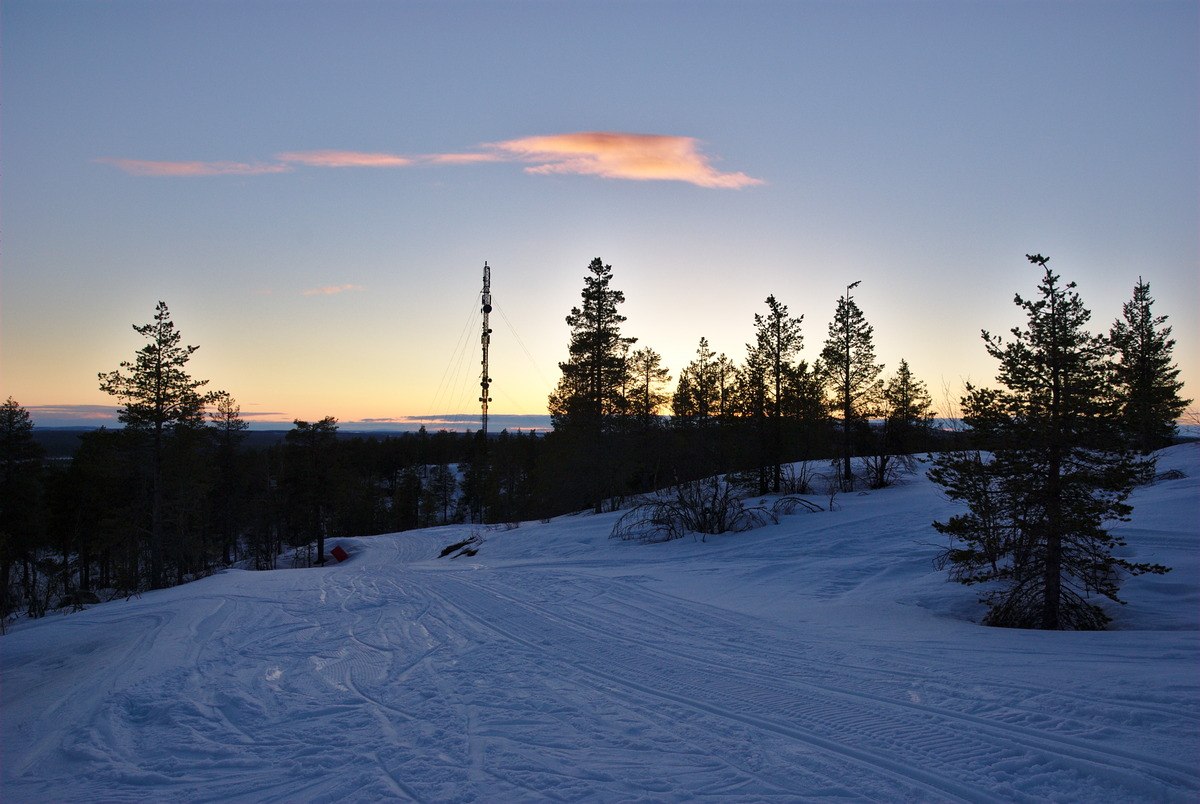 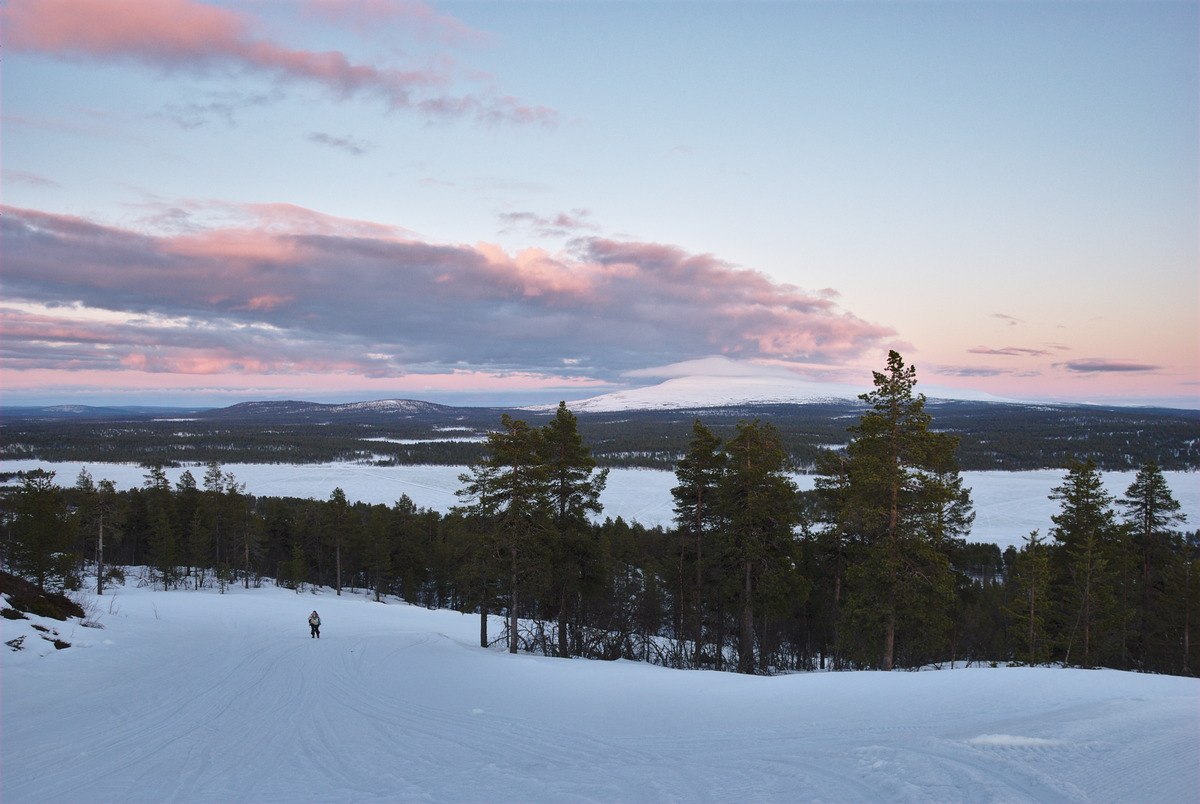 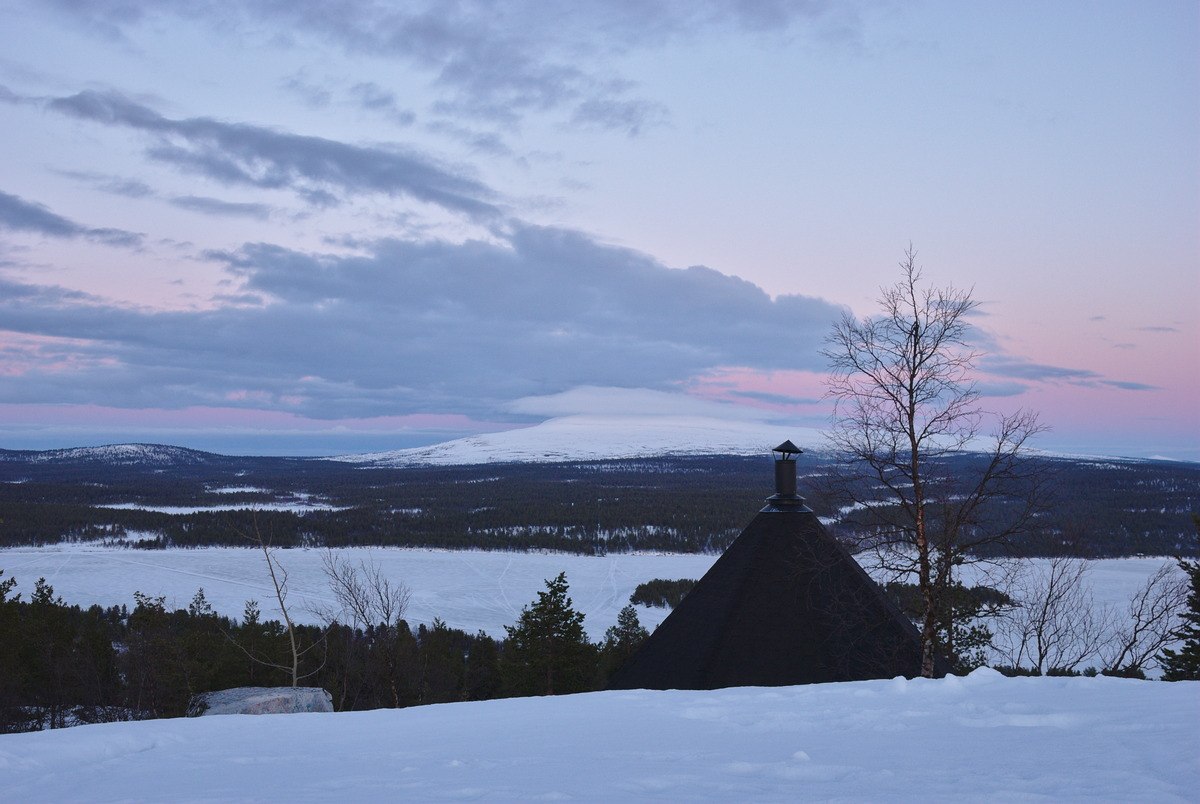 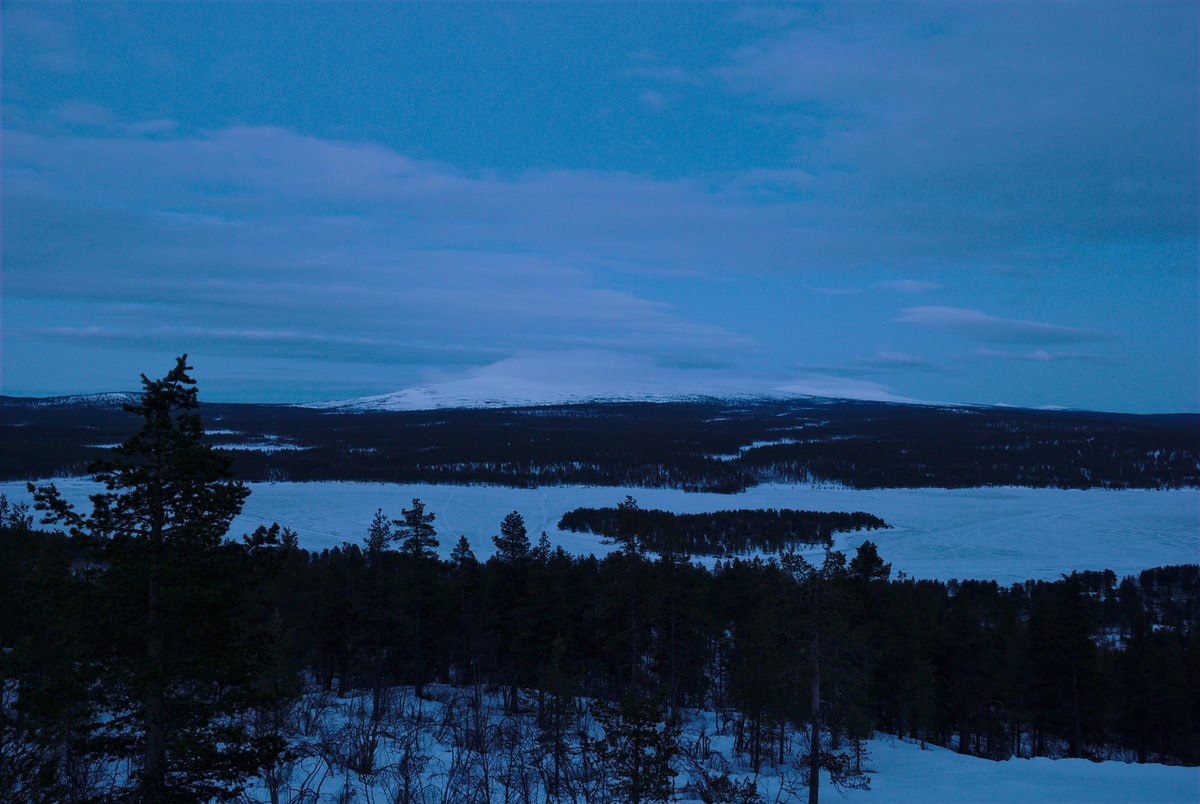 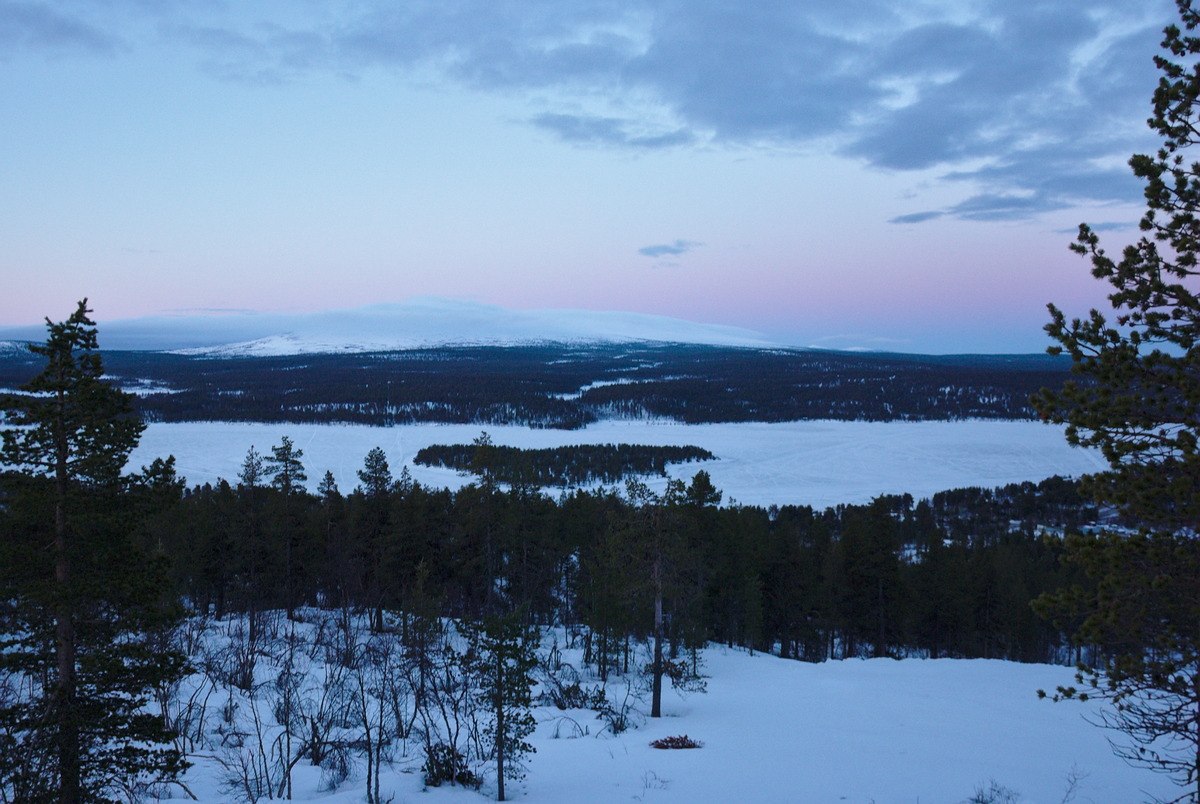 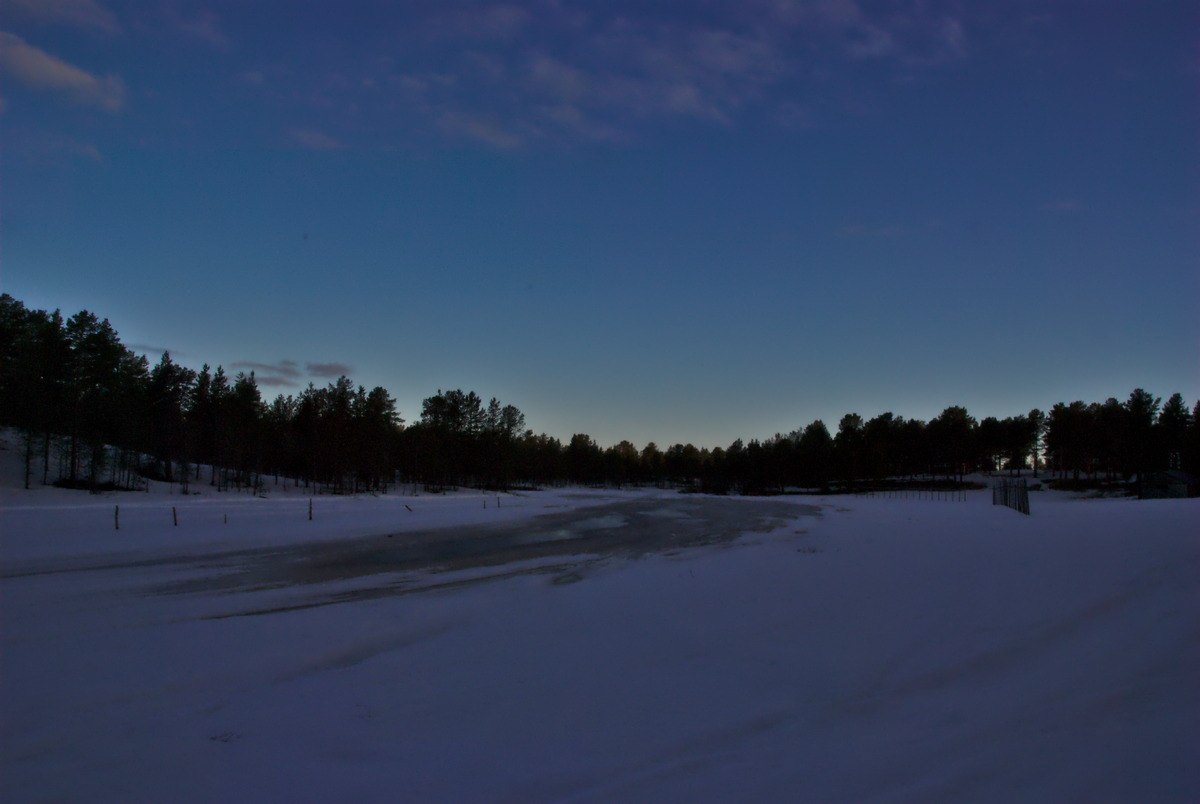 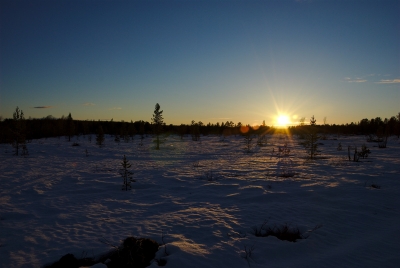 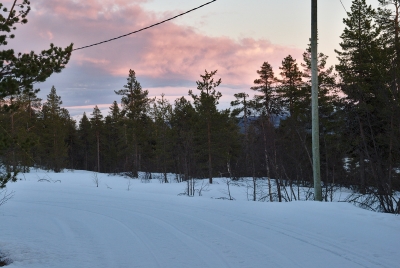 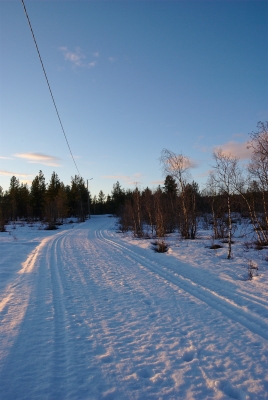 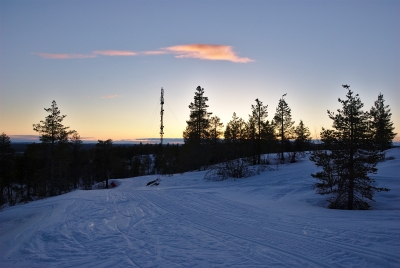 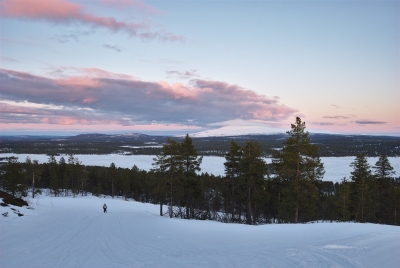 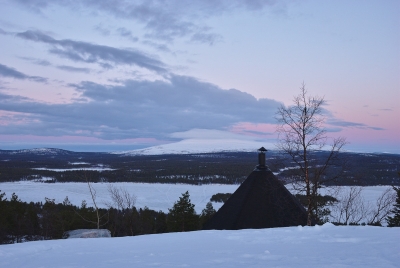 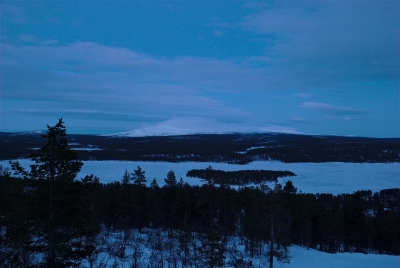 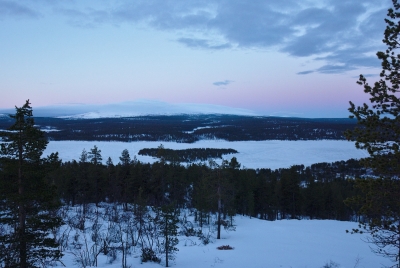 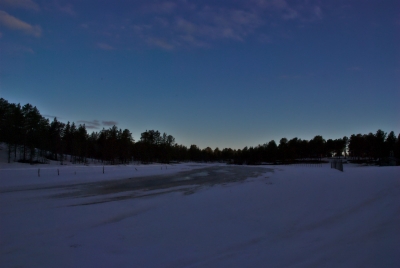 On the way to Jyppyrä