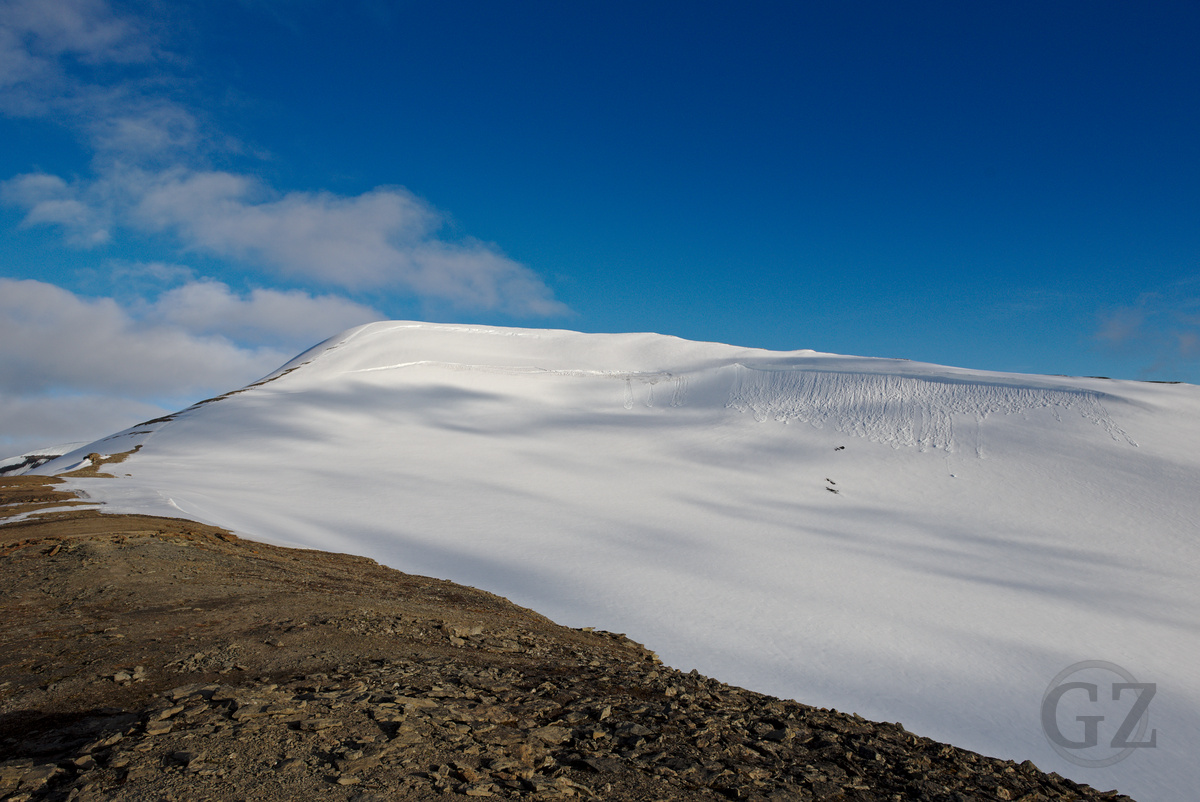 Most of the time during my visit to Svalbard the sky was dominated by clouds. Yet, the first night the forecast predicted great mountain weather, my friend and me decided to climb up Nordenskiöldfjellet. This peak is just behind Longyearbyen, and from the summit you get a great view!

After the boat trip on Isfjorden and visiting Pyramiden, I really felt that I also wanted to do some outdoor stuff during my stay in Svalbard. When the forecast eventually promised a clear sky, with my friend we were eager to hike up some nearby peak from Longyearbyen. Since the weather was supposed to be best at night, and since we also expected the snow conditions to be best at this time, we waited until 9 pm before starting our trip. Nordenskiöldfjellet was the perfect peak for such a venture, as it is just behind Longyearbyen. With its 1051m above sea level, Nordenskiöldfjellet is also one of the highest peaks in the vicinity of Longyearbyen. Consequently the summit is supposed to be a good view point.

From the level of the glacier Platåbreen, the route was mainly snow covered, even if also in lower valleys we were crossing snow fields. While warm during the day, in the night the snow got hard and offered decent grip also in the steep slopes. We reached the summit approximately at midnight, so we were able to enjoy the beautiful warm light from the midnight sun. To our luck there was little wind which allowed us to spend quite some enjoyable time time on the summit. While neither being a long nor a difficult trip, we got rewarded with a beautiful view over the surrounding areas.