Most of this summer and autumn I mainly traveled by bike. Yet, with my friend Tim we decided to spent a week of this September hiking in the Käsivarsi Wilderness Area. Due to constant precipitation along the trip, we spent more time in open wilderness huts then camping ..

This summer and autumn I mainly cycled through nature with my mountain bike. Yet, I usually like to spend at least one week a year hiking. With my friend Tim we decided to explore the Käsivarsi Wilderness Area. In particular we wanted to hike in the Ropi fell area, where we both haven’t been before.

The trip started with getting a lazy ride by an off-road car pn the old “German’s Road”. The “German’s road” (Saksalainen tie) starts between the settlements Kelottijärvi and Pättikä. It heads about 24km eastward from the main road E4, right into the Käsivarsi Wilderness Area. Just after we left our the car and when getting ready to start hiking, some of Tim’s workmates coincidentally passed by with their off-road car. While our original plan was to start our hike from the main road E4, we spontaneously changed our plans. As we could get a lift to the end of the road, where the Kalkkoivi open wilderness hut is located, we started our hike from there. Because we took off rather late in the afternoon, the first day we only hiked to the Neuhkama lean-to shelter, which is on the shore of the Lätäseno river. During our first day we only walked through light rain, while spending a dry night under the roof of the lean-to shelter.

About the Open Wilderness Hut that is no longer: Pinniskosi

On the next day we tried our luck with fishing in some of the smaller lakes near the river. Our aim for the day was to find the Pinniskoski open wilderness hut, which was nicely drawn into my old map. However, upon our arrival at the destination’s coordinates we had to discover that the hut was no longer. While I read that the open wilderness huts in Käsivarsi Wilderness Area are not that well maintained, this was a bit of a surprise. Anyhow, as this evening pleased us with a clear sky (and some faint northern lights), it was a perfect night for setting up our camp. During the night the sky got more cloud covered and the morning brought along strong rain. So no rush to get out of the sleeping bags :-) After we waited out most of the rain we headed back towards West, looking for the nearby Kutukoski open wilderness hut. We hoped to have more luck with fishing in the bigger lakes Vuontisjärvi and Ylimmäinen Vuontisjärvi.

The Kutukoski hut is nicely located between these two lakes. When crossing the fells to Kutukoski, we got into heavy rain. Due to the also strong winds, the rain felt almost like hail. Just after the water slowly started to get through our clothes, we reached our destination, where we were able to dry our gear over the course of the next day. As we were luckily and eventually able to secure some graylings, we did not need to consume our brought along store food. Since our fishing endeavors were more successful here, and because we still wanted to dry our stuff, we decided to spend another night at this hut. Also soaked from the rain in the days before, we met another hiker at the hut that night, with whom we spent a nice evening while enjoying local and fresh caught food.

From Rain into Snow

Strengthened from the warm night in the hut and our nutritious meals we continued our journey through the Käsivarsi Wilderness Area. When studying the map before the trip, I felt that the valley Aatsakursu looked pretty interesting from its topography. So our next day was dedicated to cross the Gomatoaivi fell and to hike through Aatsakursu. Over the last night the wind had turned and was now blowing cold air from the North. While crossing some old moraines on the top of the Aatsakursu valley, precipitation hit is once again. This time, though, we were spared from rain but experienced the first snow fall of the season. The valley was as spectacular as the map suggested. Hundreds of reindeer must have felt the same, as we had to make some extra Kilometers in order to avoid walking through reindeer herds and splitting them up. Given the cold and strong wind, as well as more H2O coming from the sky, we aimed at reaching the Aatsa open wilderness hut. Just as we came closer, some really strong snowfall limited our sight, until we crossed a beautiful (though wet) birch forest. However, in time before it got dark, we reached the hut we aimed for.

Through the Snow Back to the Car

After a night at the – indeed poorly maintained – Aatsa open wilderness hut, we headed back for the parking area. While the morning was still sunny, during the day we once again walked through snowfall. Since we left the fell area, this day brought us through tight forests and a few more streams we had to ford. After crossing the last stream – Vuoskujärvi – we left the Käsivarsi Wilderness Area and got back to the “German’s Road.” From here it was just a short walk back to the car, during which we enjoyed to look back to now snow covered fells that we pleasantly crossed in the days before. 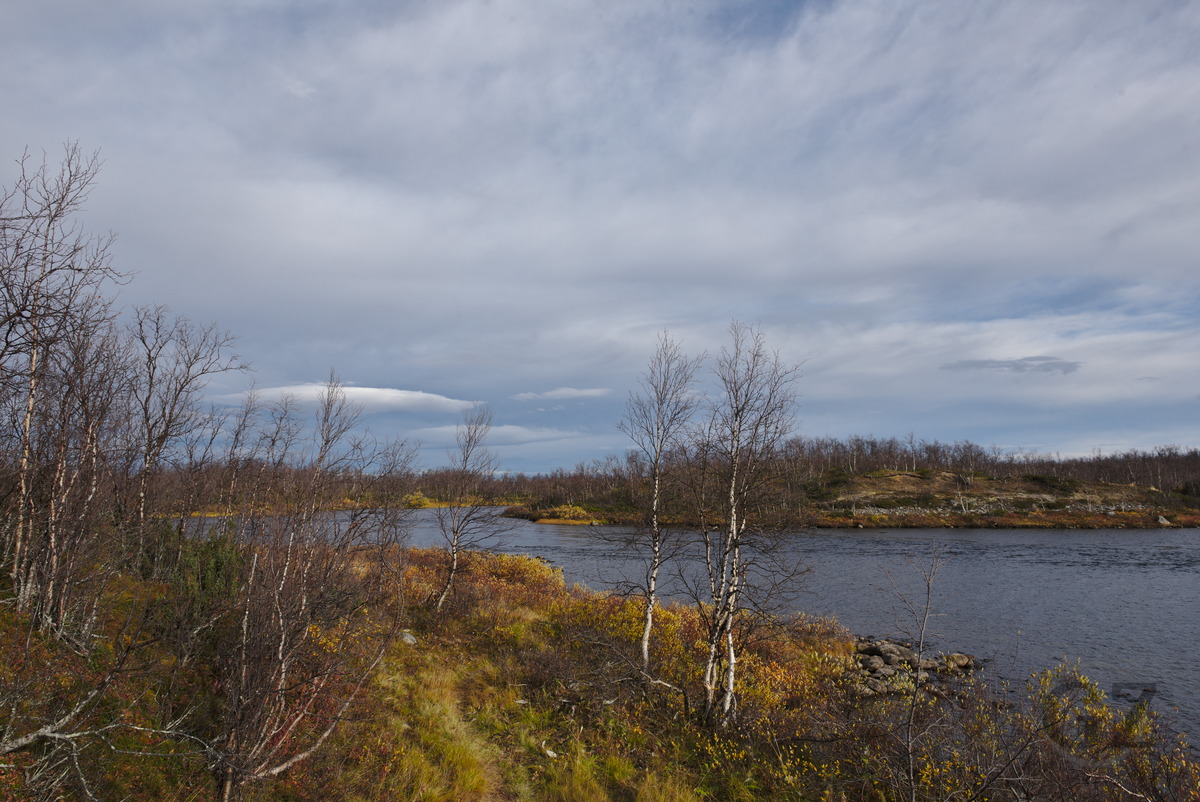 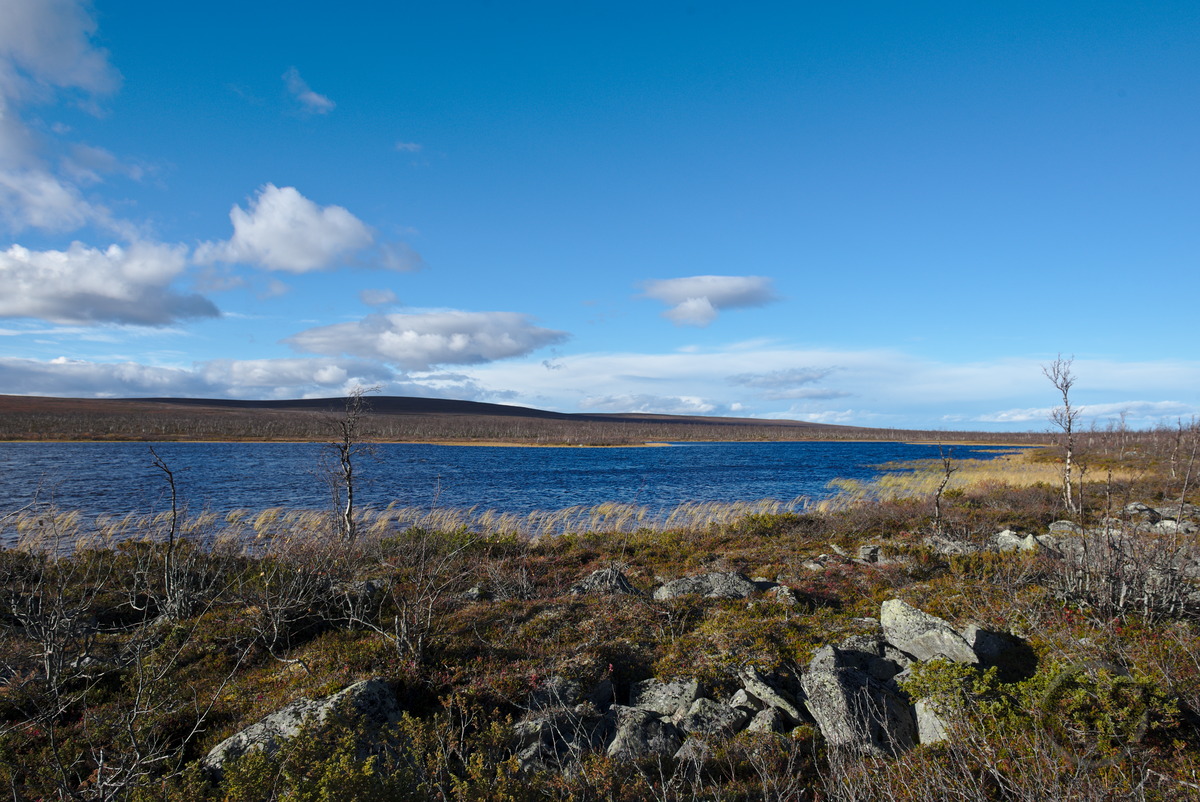 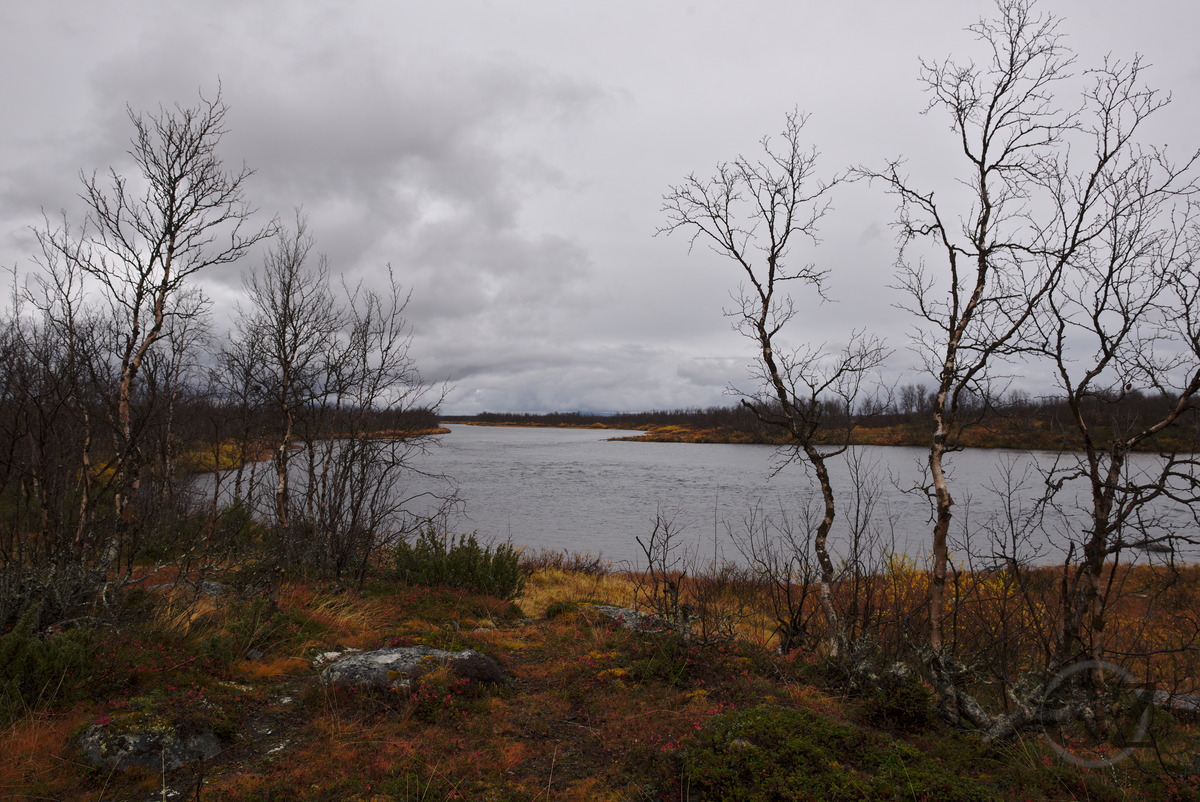 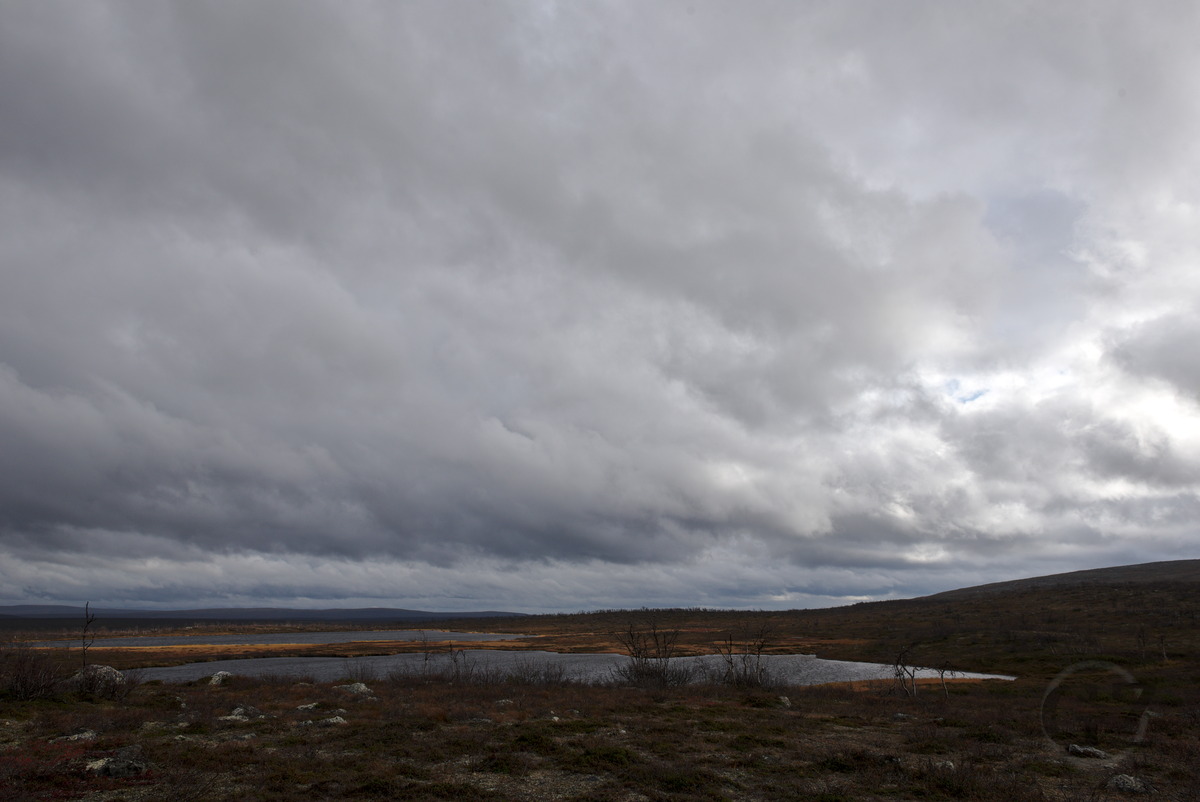 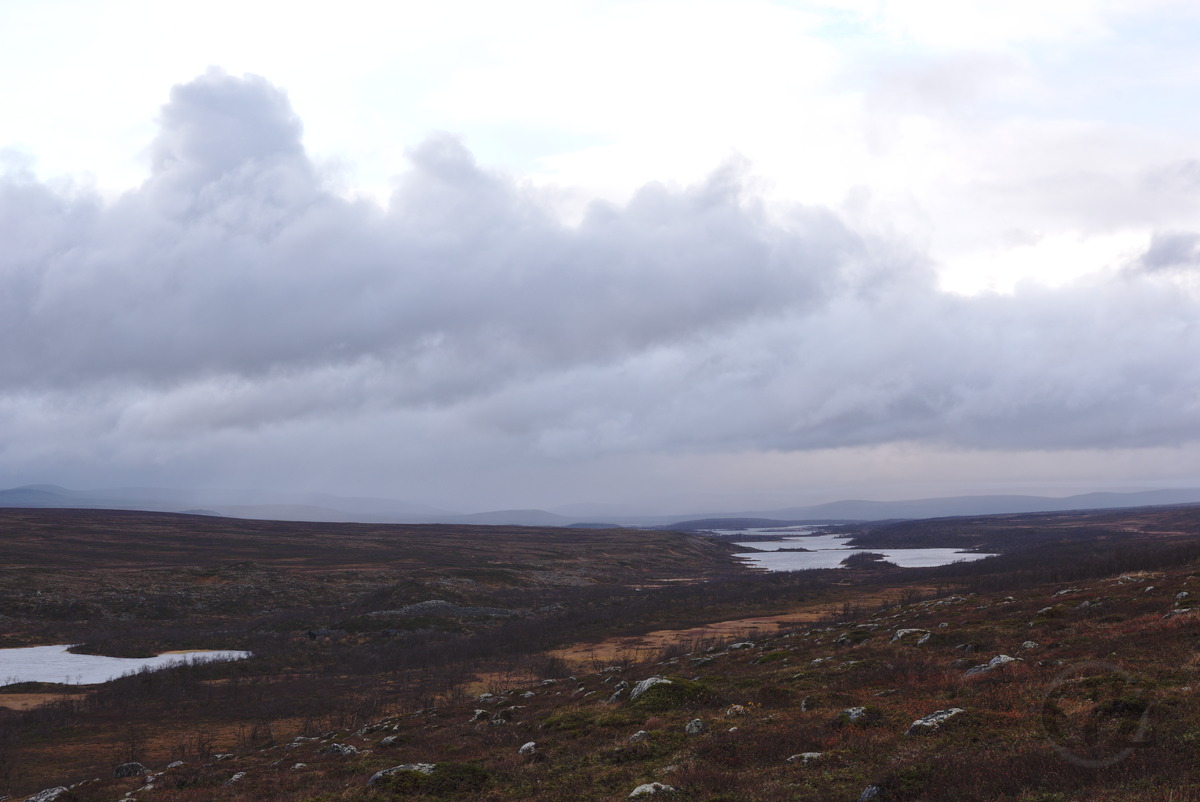 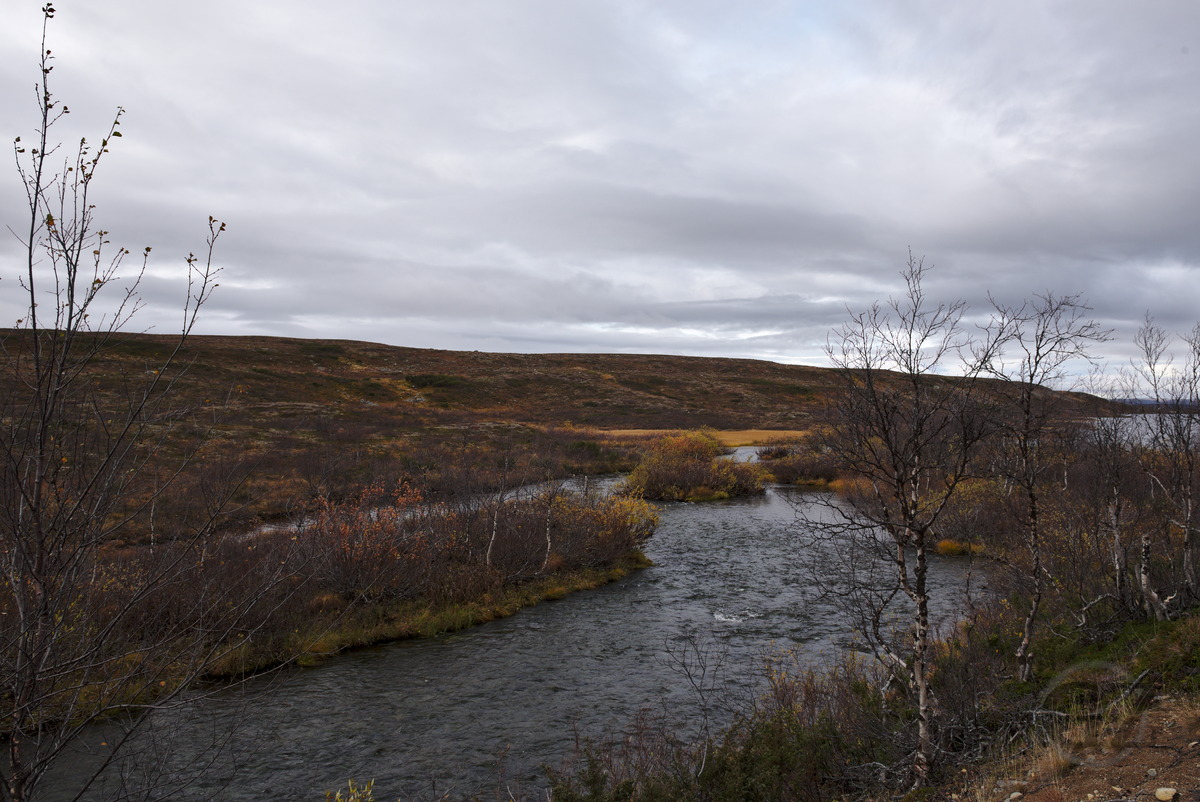 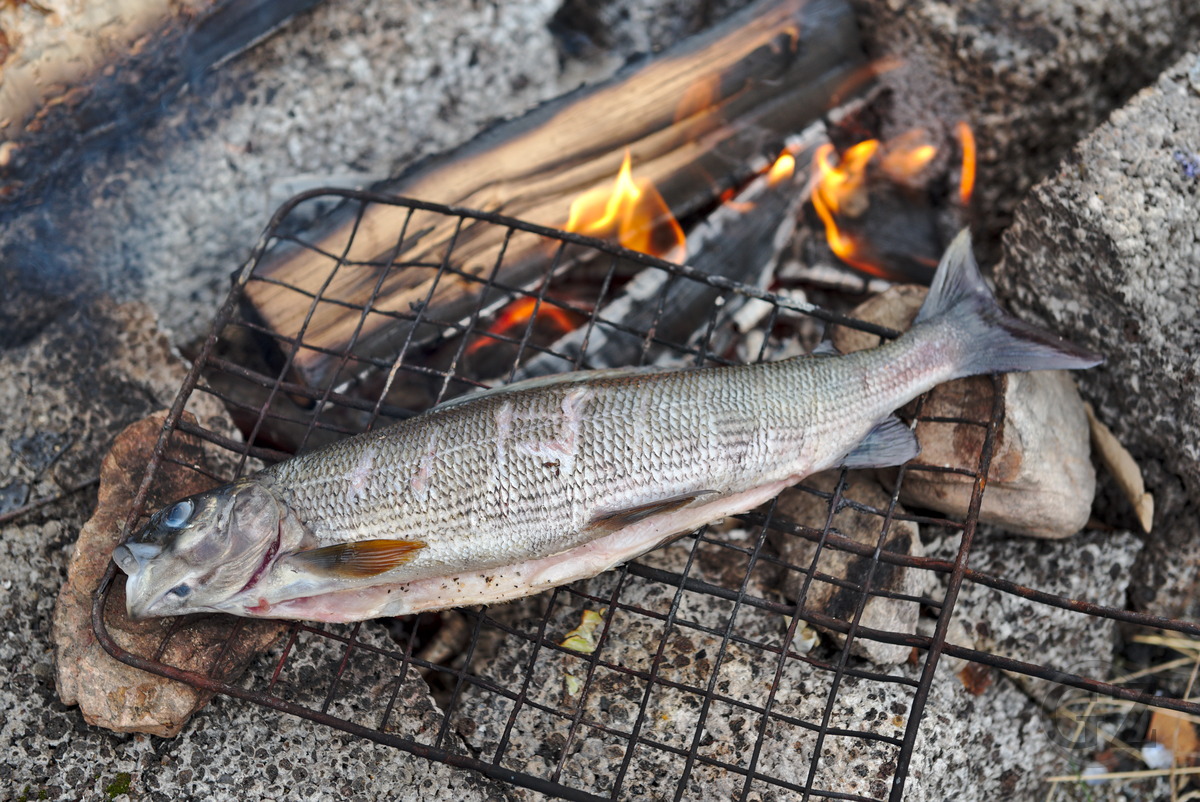 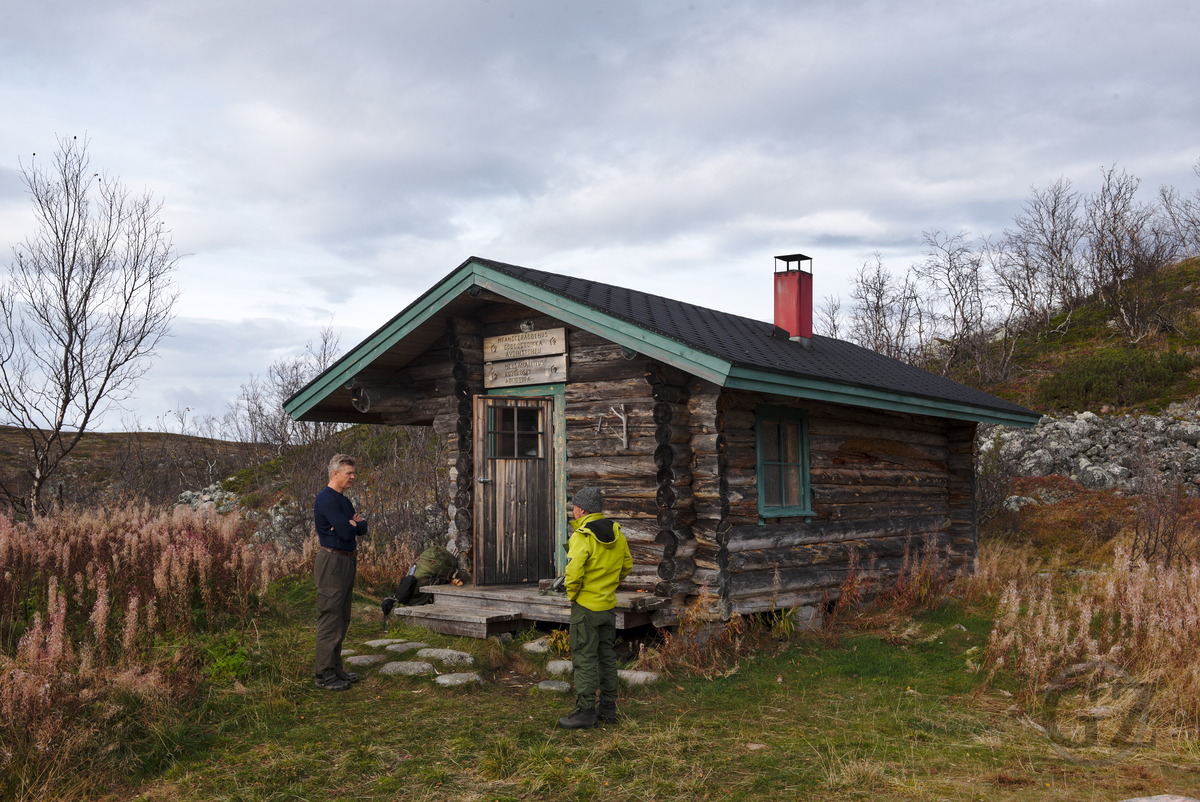 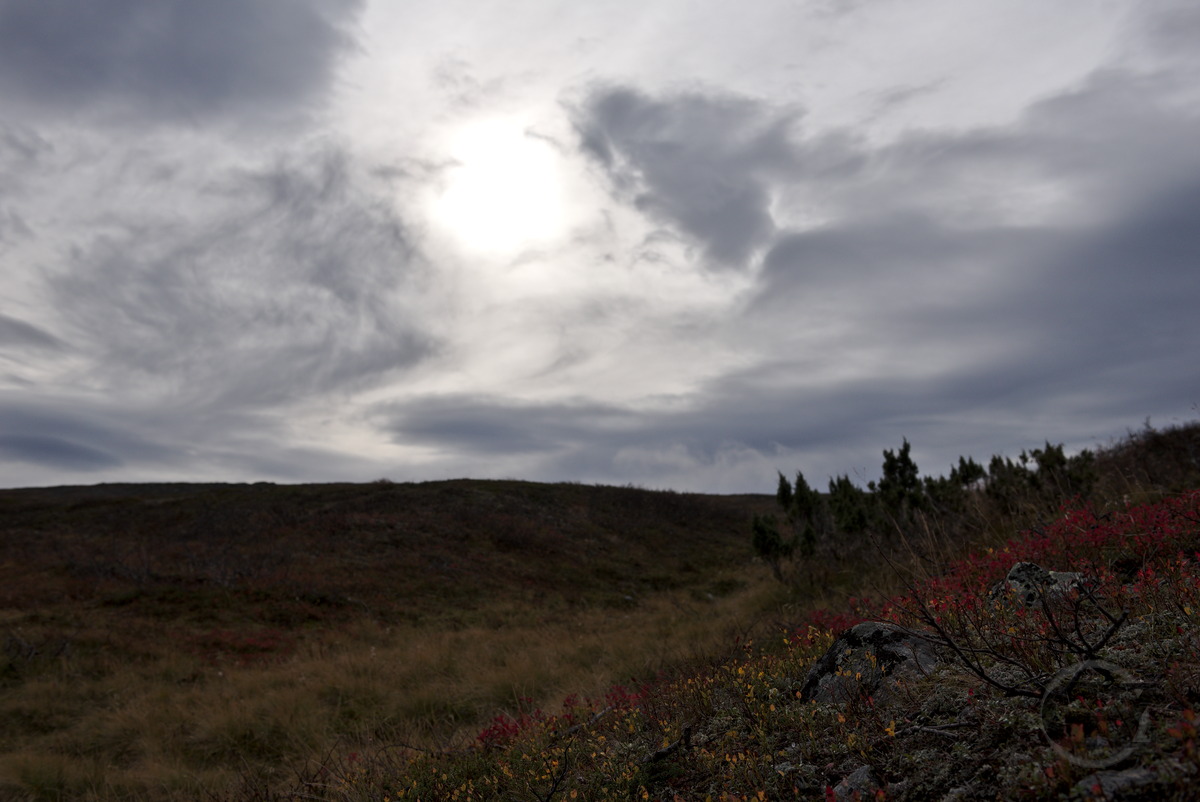 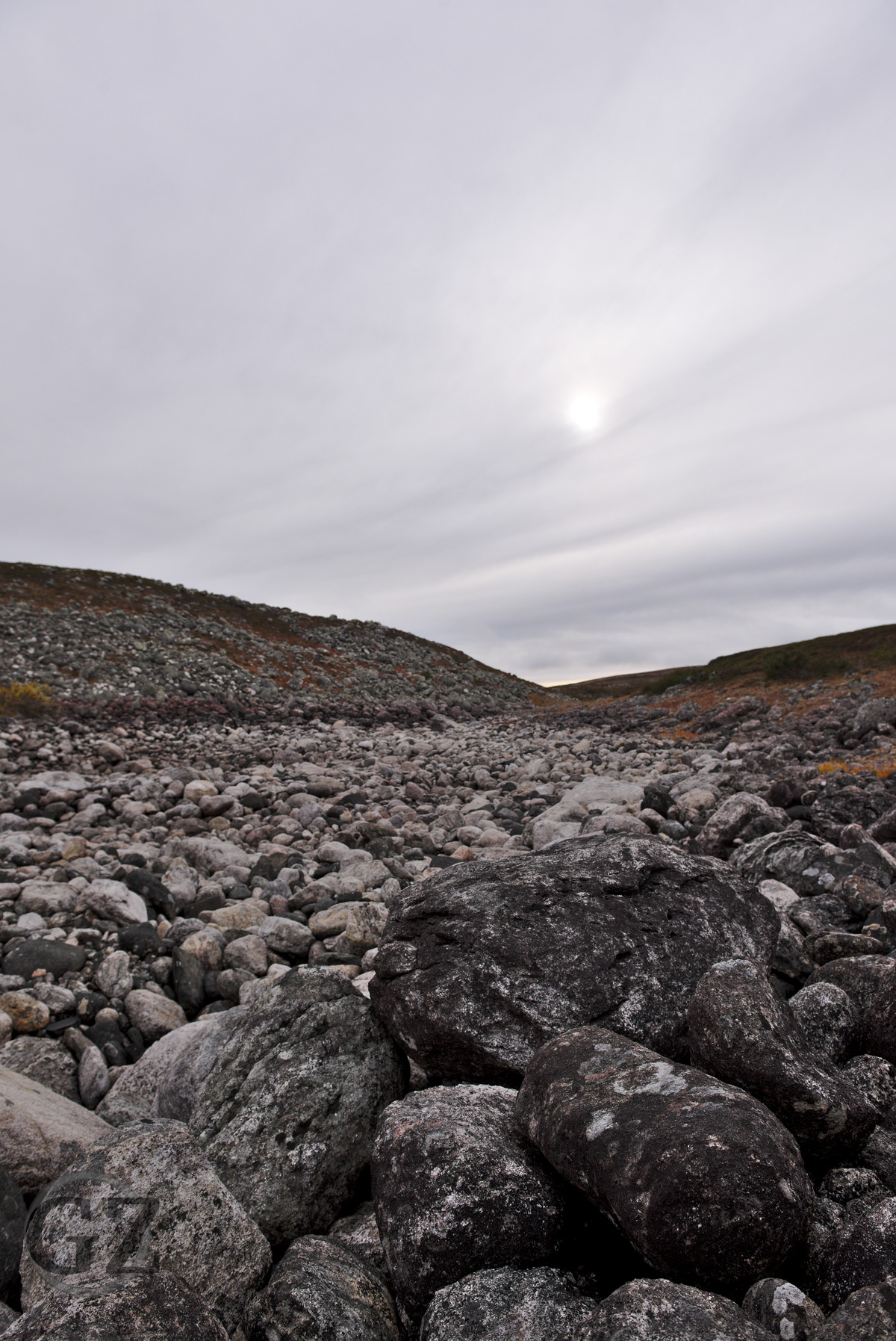 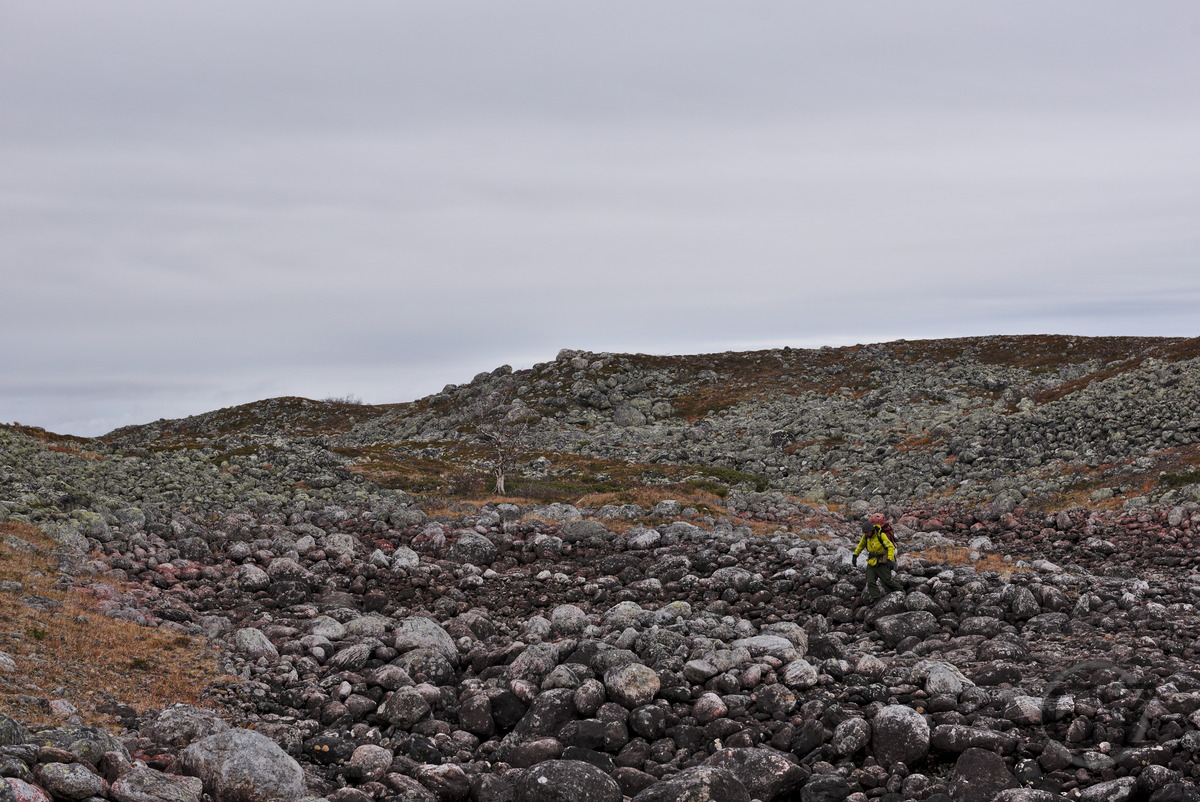 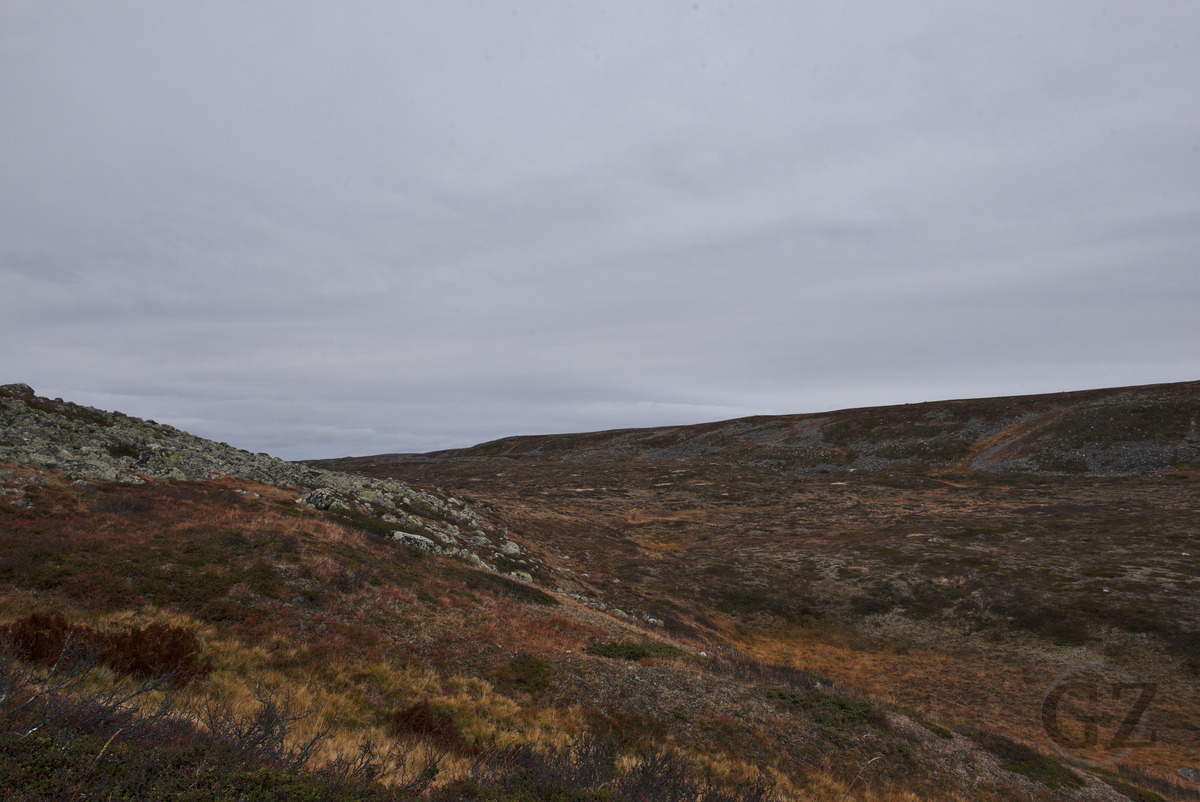 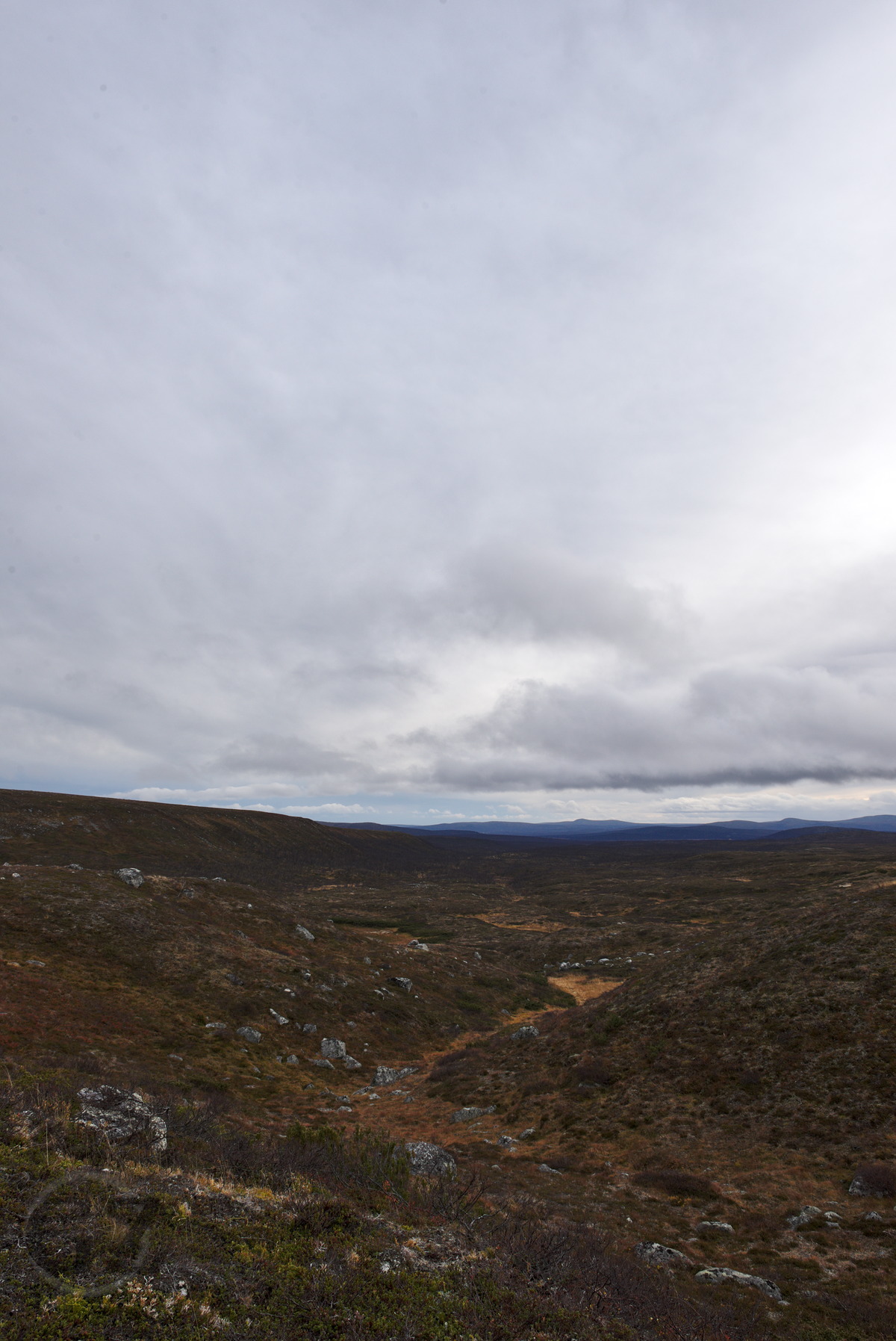 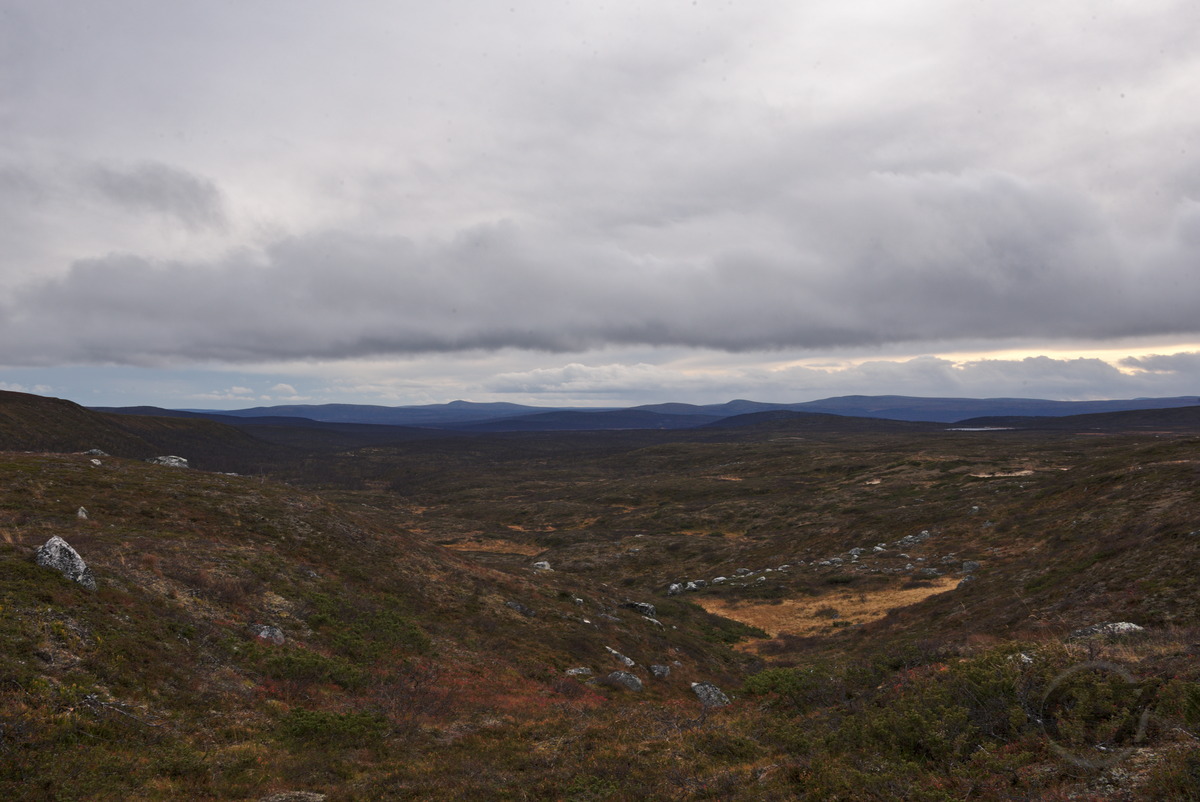 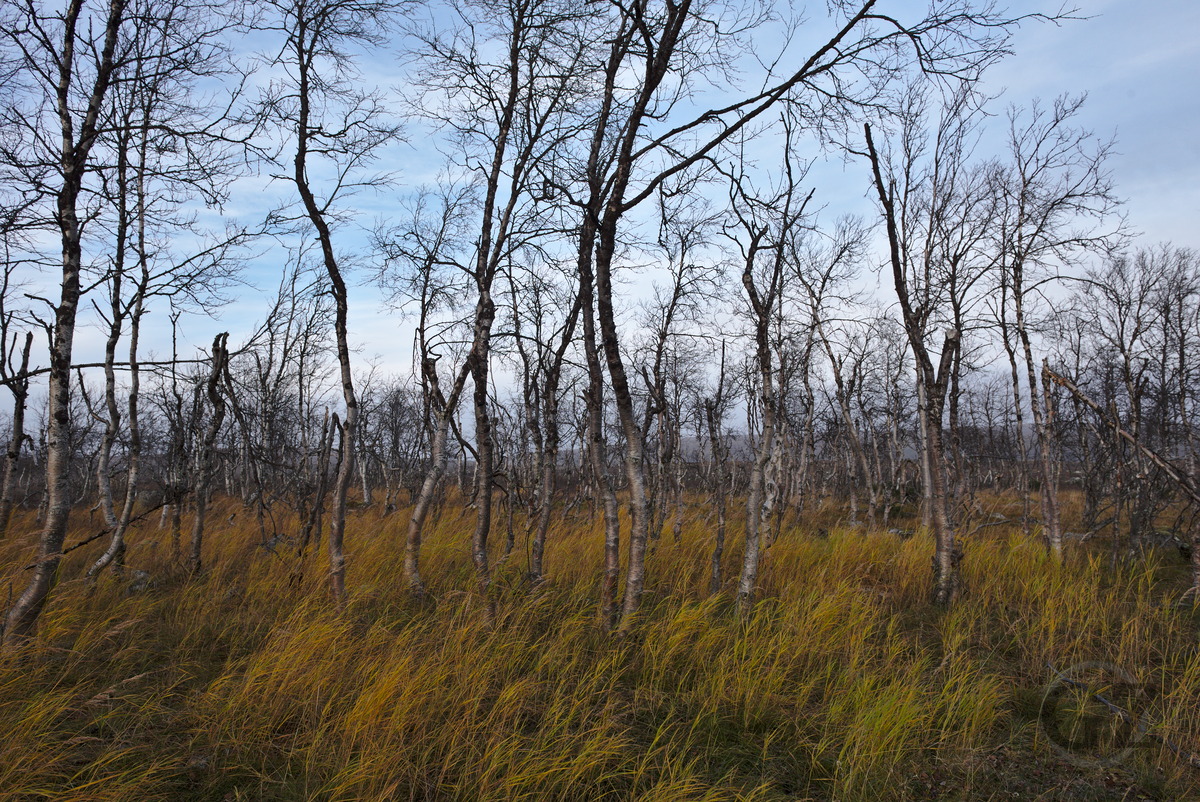 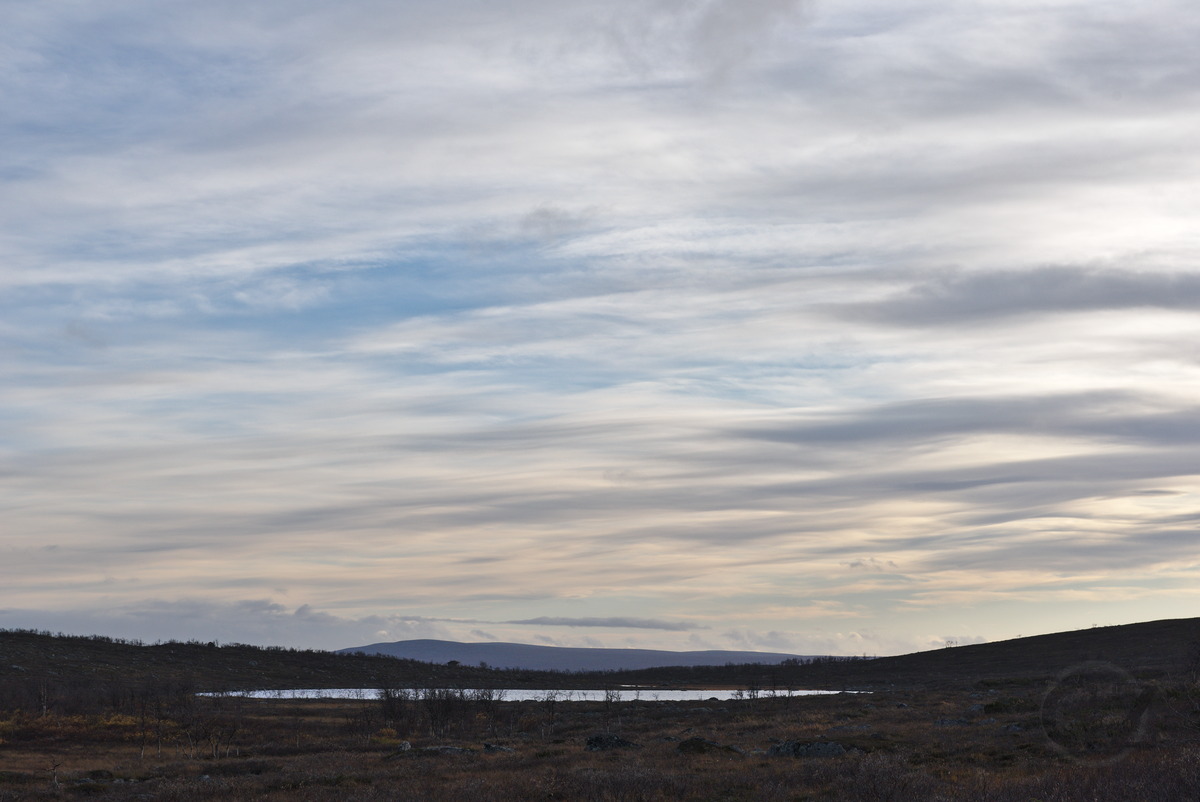 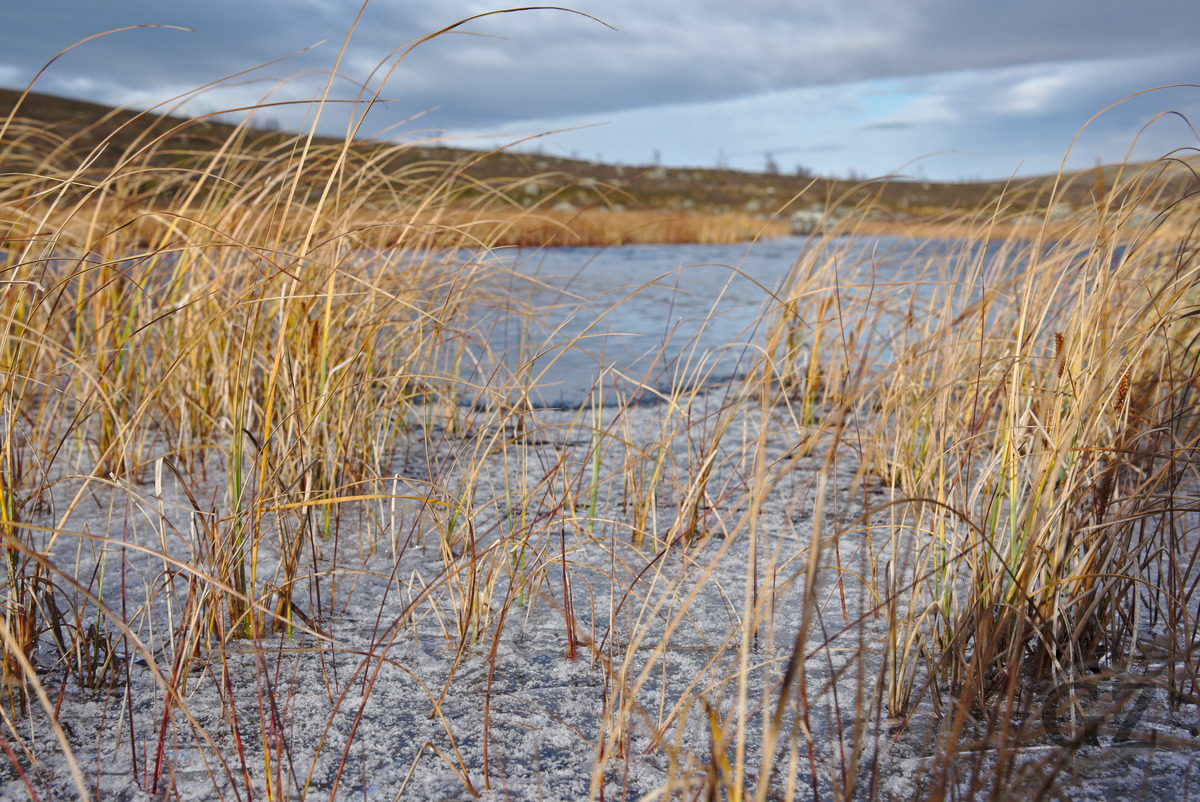 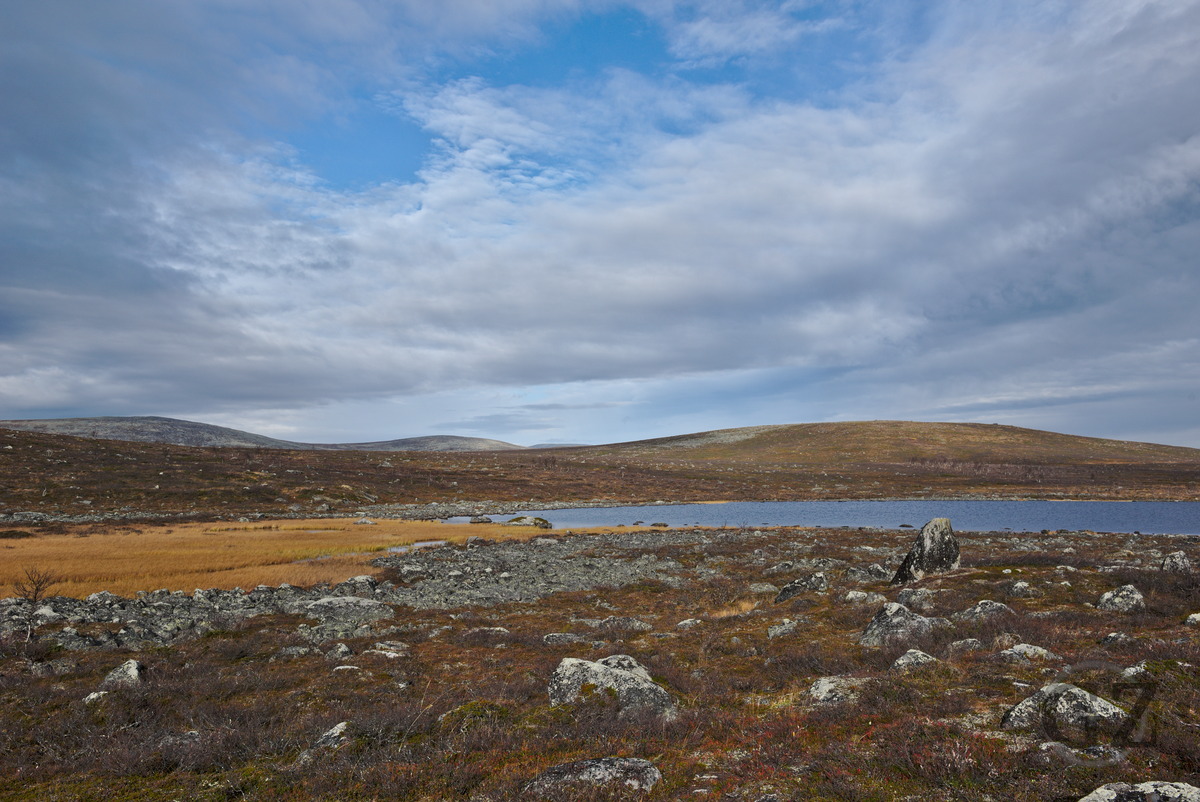 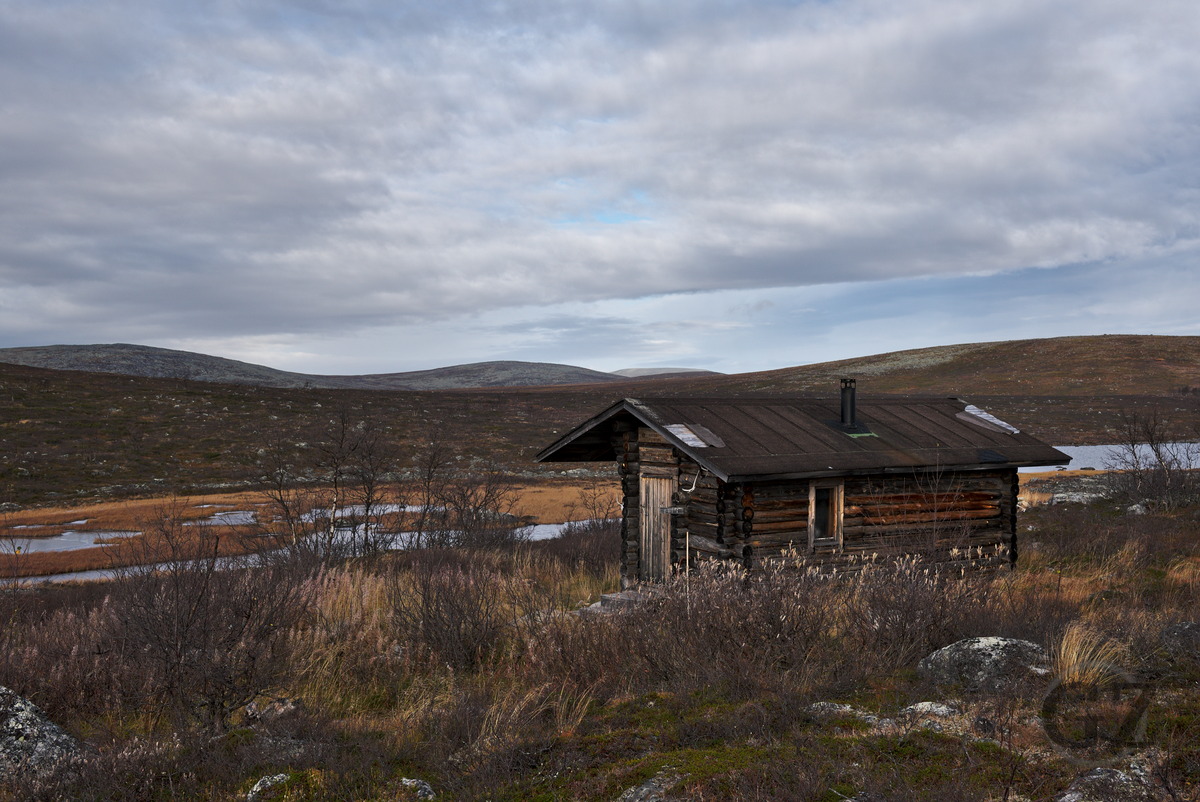 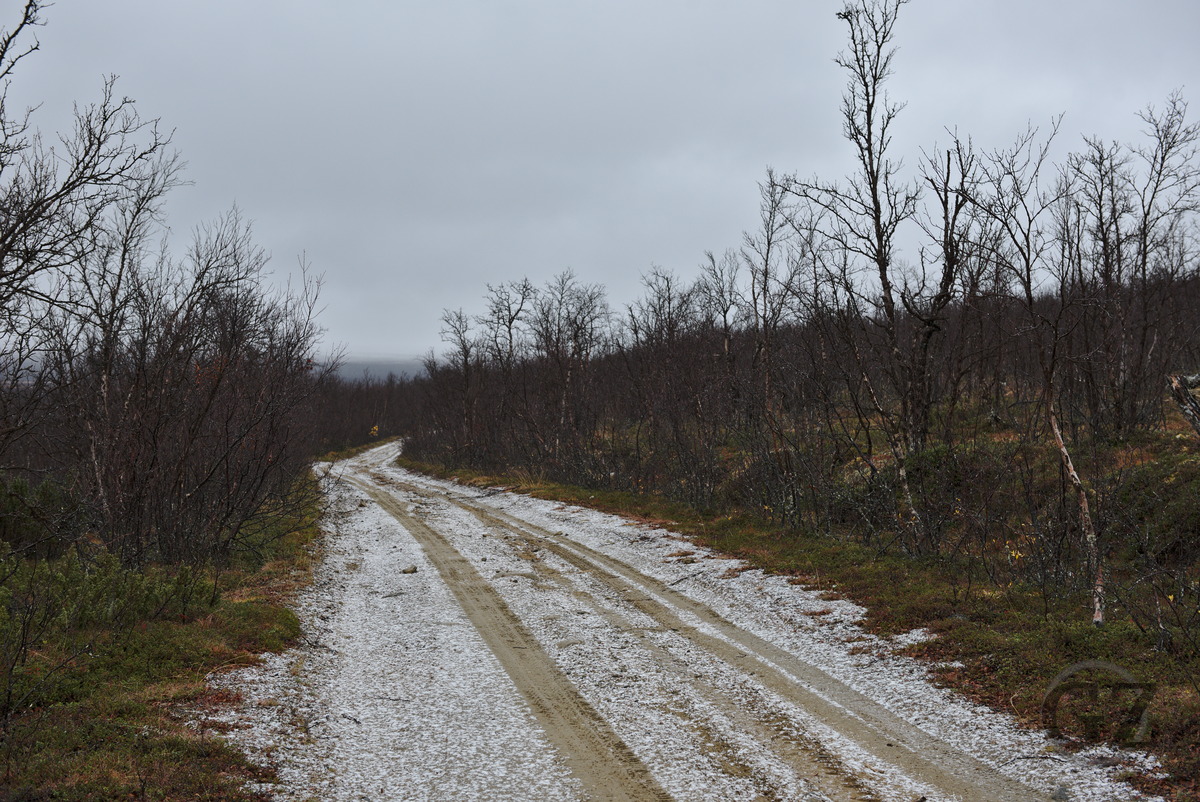 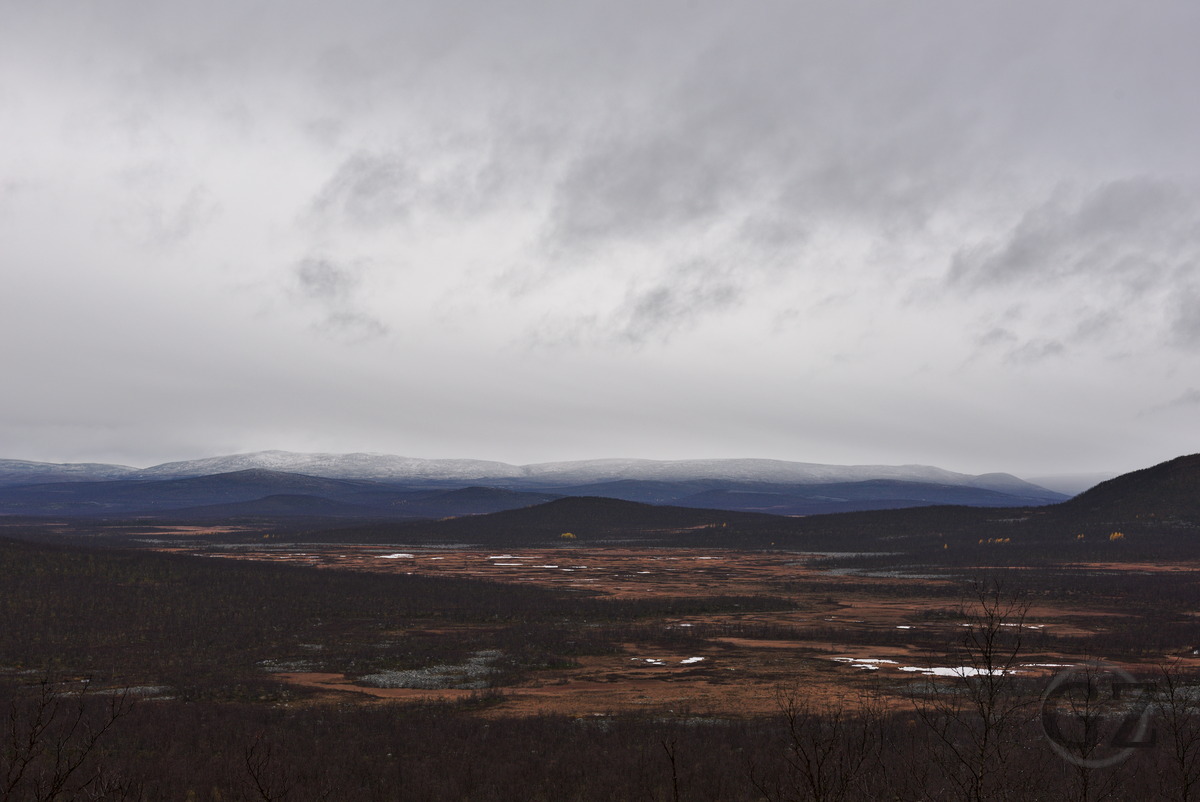